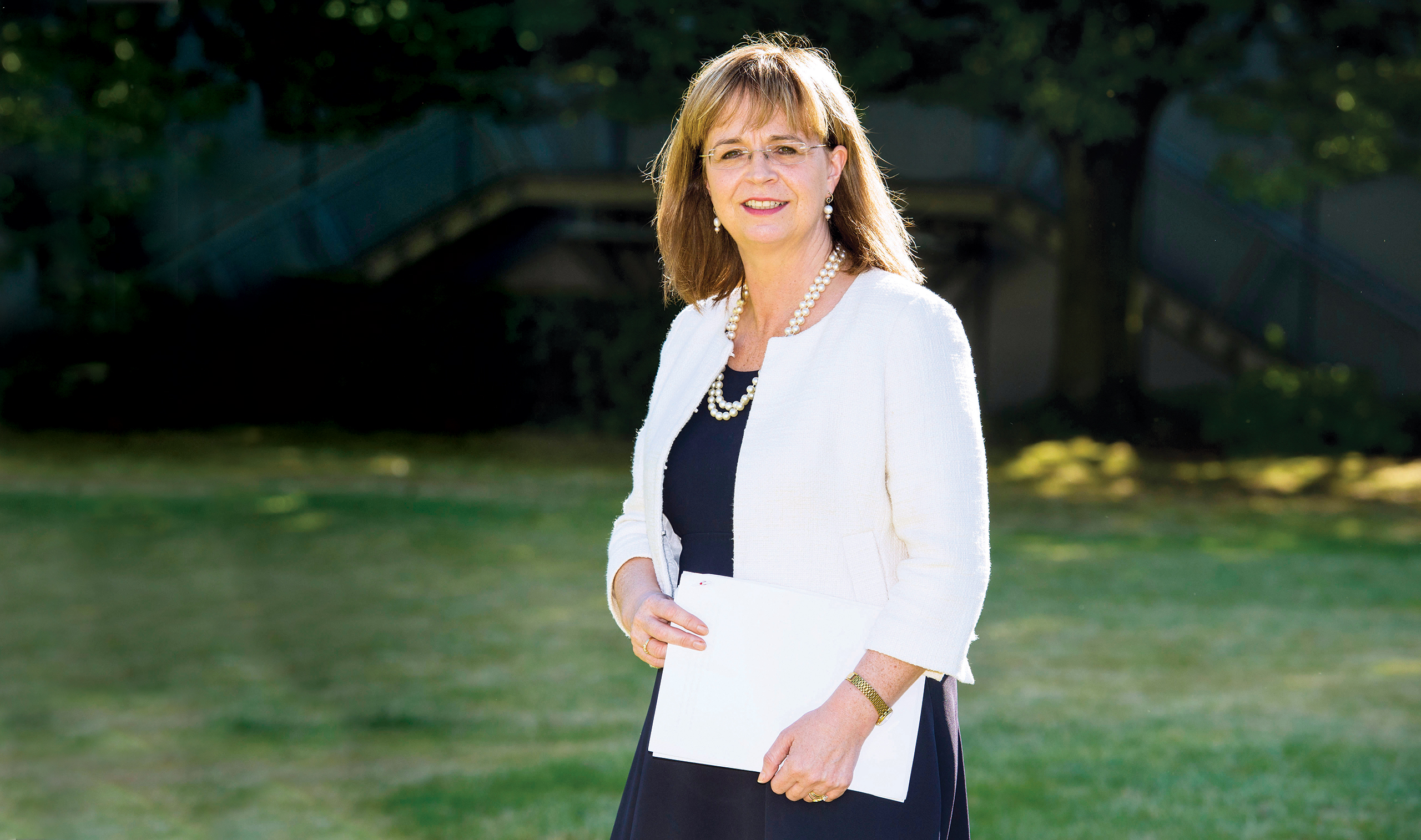 The installation ceremony, which took place at Thomas Coats Memorial Baptist Church, was attended by University staff, students and representatives from Scottish universities and colleges together with guests from business and industry.

As Chancellor Dame Elish represents the University at the highest level and holds formal powers to confer degrees, diplomas and other academic distinctions and attends many of the University's graduation events.

Born and educated in the West of Scotland, Dame Elish, who is Principal of St Hugh’s College and Pro-Vice Chancellor of the University of Oxford, has extensive experience of public administrative, criminal and civil law as well as Public Inquiries and Fatal Accident Inquiries.

She is a former Lord Advocate of Scotland, the most senior legal position in the country – and prior to this was Solicitor General for Scotland. She was the first woman and the first solicitor to hold either position. As Solicitor General for Scotland (2001–06) and then as Lord Advocate (2006–11), she was instrumental in reforming the operation of the justice system in Scotland, in particular making it more responsive to the victims of crime and improve the support to vulnerable victims and witnesses, in particular children.

In addition, Dame Elish, who is renowned for her championing of equality and dignity in the justice system, supervised some of the most significant prosecutions in Scotland in the last decade, and acted as the Scottish Government’s legal advisor during a period of major change.

She was awarded the DBE (Dame Commander of the Order of the British Empire) for services to the administration of justice in the Queen’s Birthday Honours in 2011. In the same year, she was granted a Special Achievement Award by the International Association of Prosecutors.

This five-year appointment as Chancellor will see Dame Elish acting as an ambassador for UWS.