The University is committed to optimising our students’ on-campus learning and teaching experiences. We are and remain a primarily on-campus university, delivering regular, high-quality, engaging and interactive on-campus experiences for most programmes for our students.

Our focus will be on face-to-face and on-campus learning and teaching, adopting a ‘best of both worlds’ approach, using our sector-leading social learning model to supplement your purposeful on-campus engagement with your academics and fellow students. This will enable you to access high-quality teaching and learning in a way that suits you during the times you’re not on campus.

All students in all modules will have the opportunity to experience regular, purposeful and interactive on-campus and in-person teaching and learning.

As you know, learning happens in lots of different ways. Where it is simply the transmission of information to students, such as a traditional lecture, these will mostly take place online or be available online as pre-recorded content that you can access at a time that suits you.

However, there will be so many other on-campus learning and teaching activities for you to take part in as part of your programme. These include workshops, seminars, group discussions and tutorials, as well as hands-on practical work like laboratory sessions, simulations, role-plays, field trips, industry placements, exhibitions and performances. There will also be the opportunity for group or individual feedback sessions, peer-assisted learning sessions, and students and teachers working together to co-create learning activities, content or assessments.

As mentioned, when you’re not on campus, you’ll be using our sector-leading social learning model to access the learning materials you need to supplement the activities you’ve taken part in on campus: these include videos, readings and podcasts.

Below is a video outlining what you can expect from our dynamic, sector-leading social learning model at UWS.

Q: How do I access my campus and study spaces?

A: Students are now able to access Study Spaces, which combines scheduled on-campus timetabled activity with the ability to locate and book available rooms and study areas (including the library) across our campuses. Students on campus for booked and scheduled activity will also be able to use our social spaces, such as The Hub, The Atrium, The Street and the Neuk and Crannie.

The safety and wellbeing of students and staff is our top priority at UWS. We have introduced a new free smartphone app that promotes staff and student safety across all of our campuses. SafeZone enables users to call for help and assistance when they need it most, giving you fast access to security whenever and wherever you are on campus, and allows the University to send notifications to users, e.g. in the event of severe weather or building closure. SafeZone also allows you to easily check in and share your location on campus – helping with any contact tracing efforts on campus. We would encourage all students to download this app from the App Store or Google Play. Read more about SafeZone here.

Q: How can I access books and articles from the library if I have to study online?

A: UWS Library has an extensive collection of online resources that support teaching, learning and research. For more information about our online resources, please visit our Finding Books, Articles & More page of the Library website. You can search our library collection 24/7 using One Search. If you require library support, including 1-to-1 online appointments with our Academic Librarians, you can access this online via email (library@uws.ac.uk) or via the Self Service Portal (hub.uws.ac.uk). We also offer a number of online guides, videos and FAQs which you can access at #uwslibTalks Padlet. Find out more about library resources here.

Q: What student support services are available and how can I access them?

A: A broad range of support is available to students and you can find out more about these here. Online and phone appointments are also available, which can be made with the Counselling, Disability, International Advice, Academic Skills, Careers and Funding and Advice teams, by emailing hub@uws.ac.uk or calling 0141 848 3800.

Q: I have a disability – how can I arrange support for on campus and remote learning?

A: If you have a disability, please contact disabilityservice@uws.ac.uk. We will send you a support request form and once completed and returned, we will arrange for you to speak to an adviser to discuss your support requirements for both on campus and remote learning. We can also help you complete an application for Disabled Students Allowance.

How we calculate Honours classification

Q: What are the classification boundaries for Honours Degrees

A: We calculate Honours degrees based on the following table.

Q: How do we calculate Honours classification?

Alternatively some students only reach their full potential in their final year of study.  So it is possible to have your final degree classification calculated on the basis of the final year alone.   Students’ honours classification will be based on the better outcome of the two methods (final year only, or final year 2/3, third year 1/3).

In addition, in line with the Universities UK Principles for effective degree algorithm design there is a 2% classification boundary if half or more credit is graded in the upper category. Please see the specific FAQ on boundaries for further information.

Q:  How will I know which method will give the best outcome

A: The measures ensure you will achieve the higher of two possible classifications, either: (i) based on 120 credits at level 10; or (ii) based on credits studied at levels 9 and 10.

The formal wording of the new regulations is as follows.

The degree classification will be determined by the higher of:

and, in either case;

Q: Why are level 9 results included?

A: This is in line with the methods used to calculate Honours classifications in other institutions across Scotland and the rest of the UK as it recognises students who perform consistently well across the final two years of their programme in addition to those who improve their performance in their final year.

This approach can also alleviate stress and improve wellbeing by spreading the load over two academic years, instead of everything being based on the final year.

However, for some students, it is all about final year, hence there is an alternative way of calculating Honours classification based on level 10 study only.

Q: What does this mean for resits?

Q: What does this mean for imported credit (credit from outside of UWS e.g. exchanges)?

Q: How will Pass/Fail modules be treated?

A: Some modules use a pass/fail grade (not A1, B2, C etc). As there is no grade, these modules are excluded from the calculation for Honours classification. So, for example, the classification may be based on 100 credits out of the 120 studied at level 10 if one 20 credit module is assessed by Pass/Fail.

Similarly, any Pass/Fail modules taken at SCQF level 9 will be excluded from the calculation and the level 9 contribution (weighted at 33.3%) will be based on the remainder of the credit studied at SCQF level 9.

Q: What is the 2% classifications boundary ?

A: As well as using the opportunity to include level 9 outcomes or not, the way we calculate Honours classification (1st class, Upper second – 2:1, etc) will be based on a straightforward average such as over 70%, over 60% OR if you are within 2% of a boundary – say, for instance an average of 68% with half the credits in grade A, this would result in a 1st class award.

This is in line with the Universities UK Principles for effective degree algorithm design. By aligning with these principles we support the UK Higher Education Sectors’ commitment to fairness, transparency and reliability in degree classification and protect the value of our qualifications.

Take a look at the various ways we are tackling coronavirus together: 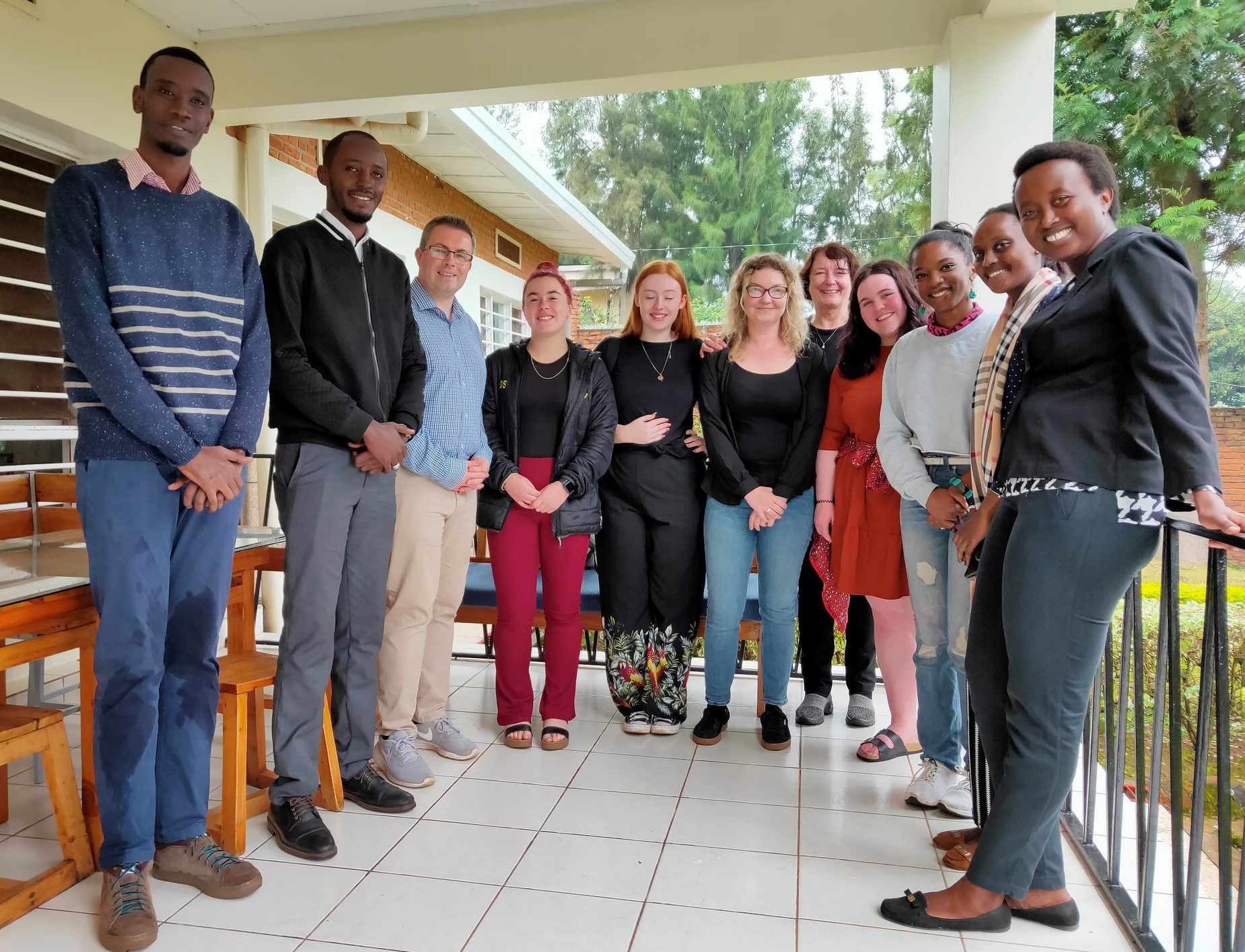 The 2020 Student Showcase brings together some of the interesting and innovative activity to come out of UWS over the past academic year.