One of the world’s leading football clubs, FC Barcelona, gave sports fans an insight into its enormous success at a special seminar hosted at UWS Lanarkshire Campus. 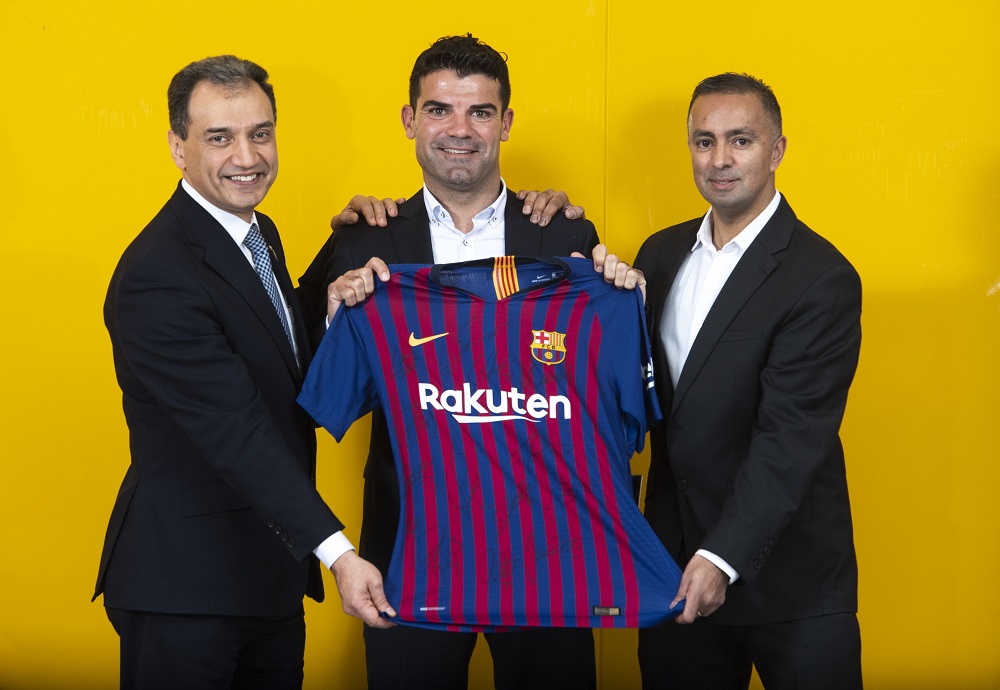 Dr Gómez Díaz said: “I am honoured to have received the invitation from UWS to speak at the university through their Professor and my good friend Vish Unnithan. We discussed three topics during the seminar: methodology and principles of training in FC Barcelona; a scientific approach to the planning of the structured micro cycle in soccer, and finally, how we approach strength training in elite footballers throughout an entire season.”

“I’ve worked with FC Barcelona for eight years and so it is fantastic to be able to bring a representative of the club to UWS. I’m sure everyone who attended takes away some very interesting food for thought after the insights shared.”

Professor Vish Unnithan added: “I’ve worked with FC Barcelona for eight years and so it is fantastic to be able to bring a representative of the club to UWS. I’m sure everyone who attended takes away some very interesting food for thought after the insights shared.”

During the evening, Dr Gómez Díaz presented UWS with a FC Barcelona shirt signed by the first team as a momento of the evening.

The event at UWS’ Lanarkshire Campus, held on Friday 22 March, brought together students and staff alongside individuals from top Scottish football clubs and sports organisations. In addition to the talks, guests benefitted from a question and answer session with Dr Gómez Díaz and Professor Unnithan.

UWS has a strong relationship with FC Barcelona thanks to a Memorandum of Understanding (MoU) signed in 2017, opening up research opportunities between the club and UWS.

This relationship between Professor Vish Unnithan and FC Barcelona has also resulted in a number of benefits for UWS students and staff including the opportunity for UWS BSc Sport Coaching, BSc Sport Development and BSc Sport and Exercise Science students to visit FC Barcelona’s training ground. 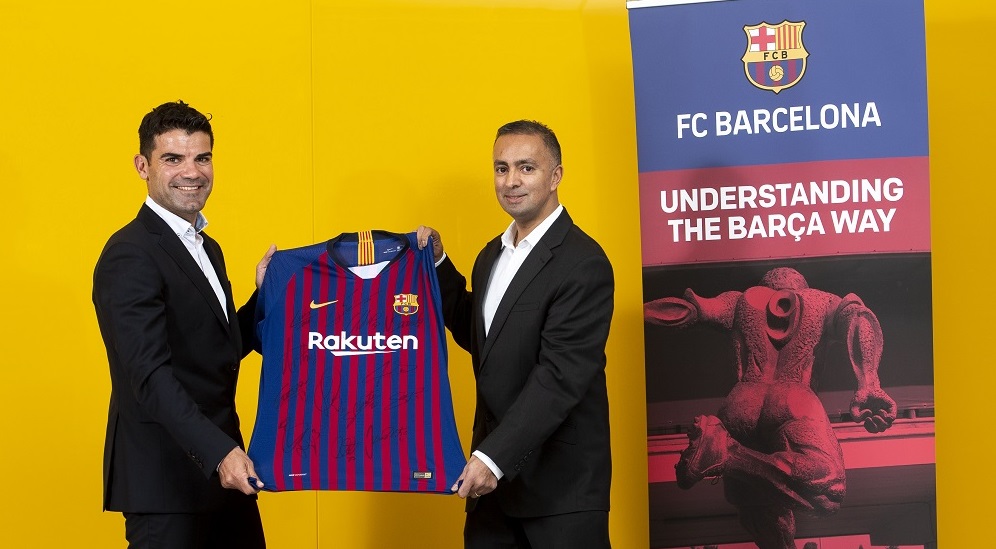 Each year, around 10 UWS students get the chance to go behind the scenes and access FC Barcelona’s facilities, giving them unrivalled opportunities to spend time with experts including Dr Gómez Díaz and the chance to learn more about the sports science and coaching philosophy of one of Europe’s biggest football clubs.

Professor Ehsan Mesbahi Vice Principal & Pro Vice-Chancellor (Academic) at UWS said: "We were delighted to welcome Dr Antonio José Gómez Díaz to our Lanarkshire Campus and we thank him for travelling from Barcelona to talk to us about the success behind FC Barcelona. To have a representative from one of the world’s most famous football clubs conducting a seminar at UWS is a real privilege and great opportunity for UWS and FC Barcelona to build strategic partnerships across many research and education areas.

“I also wish to thank Professor Vish Unnithan for his highly informative inaugural lecture on talent identification and player development and for inviting Dr Gómez Díaz to join him in delivering this unique seminar.”