A multi-award winning documentary produced by UWS filmmaking lecturer Kiki Tianqi Yu is to be shown at The British Film Institution (BFI) film festival in London in celebration of the Chinese New Year. Kiki joined UWS in September and lectures on filmmaking and documentary production. 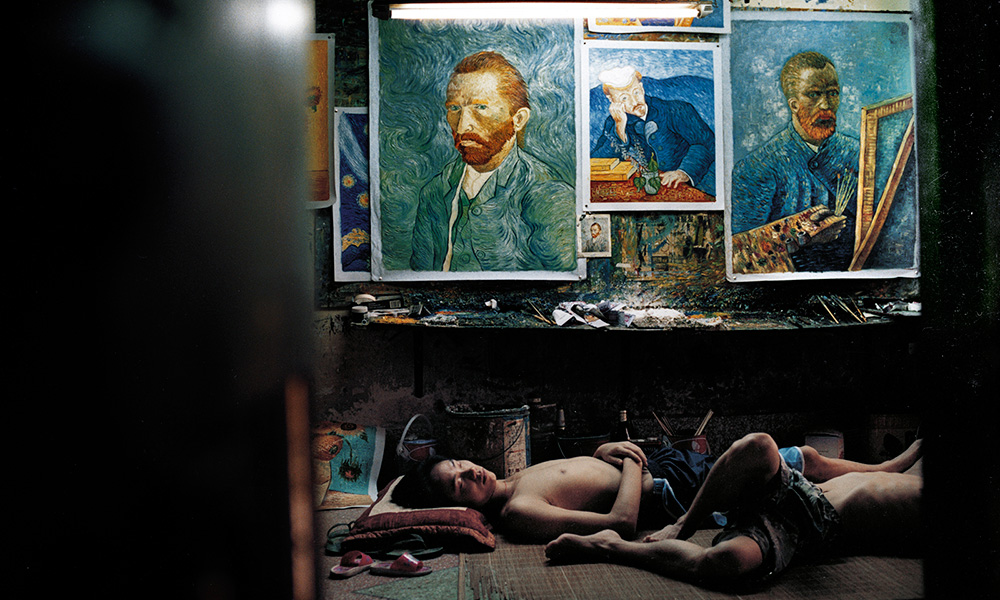 The reaction to the documentary has been overwhelming. While the film focuses on Zhao’s passion for van Gogh and how he pursued his dreams, it also tells a story of challenge and struggle, emblematic of the journey China has taken in recent years.

'China’s Van Goghs' sheds light on the village of Dafen in Schenzhen, China populated by hundreds of painters who replicate western masterpieces to sell across the world.

Produced and directed by Kiki Tianqi Yu along with her father Haibo – a famous social photographer in China - the documentary follows one of the painters Xiaoyong Zhao as he makes a dream trip to Amsterdam to view the work of his idol. While viewing the artworks he experiences an epiphany, and inspired by van Gogh’s life, he decides to search for his own voice and create his own original art.

China’s van Goghs has already been shown at 15 film festivals across a number of countries including New Zealand, Japan, Netherlands, South Korea, Finland, the UK and US, to wide acclaim and awards success.

Dafen has put itself on the map by creating art work that is almost an exact copy of the renowned masterpieces sold across the world – highlighting the level of skill amongst its painters. My father and I are passionate about showcasing their story and with the help of award wins, and the film being shown at film festivals across the globe, hopefully we can achieve this.”

‘China’s van Goghs’ has been shown at the following film festivals: