An exhibition dedicated to engineer Dorothée Pullinger based on archive research at UWS has opened in Dumfries as part of the Women’s Engineering Society centenary celebrations.

The exhibition, which explores the engineer’s Scottish connection, opened at Dumfries Museum in November and is open to the public until 11 January.

Based on archival research carried out by the University of the West of Scotland (UWS), the exhibition brings Pullinger’s story to life with a collection of artefacts gathered from her career – and hopes to inspire engineers of the future. 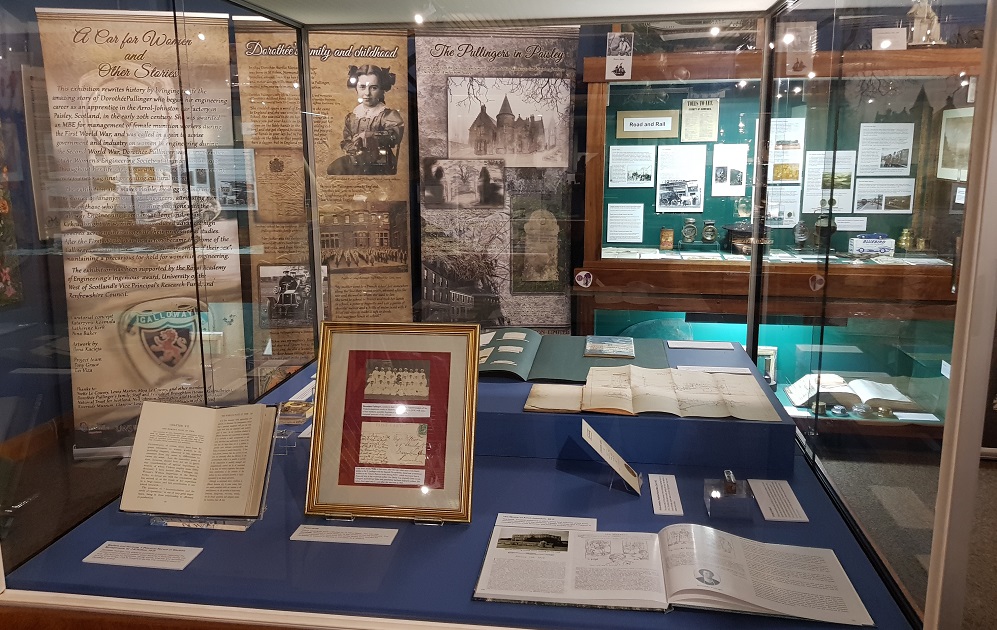 Born in France, Dorothée Pullinger was a key member of the Women’s Engineering Society at its inception in 1919. At the time, Pullinger was in the minority as a woman in engineering, making her achievements all the more remarkable.

Pullinger began her career as an apprentice in Arrol-Johnston car factory in Paisley in the early 20th century.

She was awarded an MBE for management of female munition workers during the First World War, and was called again to advise government and industry on women in engineering during World War II.

She was a director and manager at Galloway Motors Ltd, producer of the Arrol-Johnston car, which was designed for women. Under Pullinger, the company employed a largely female workforce until 1923, when production was moved to Heathhall.

As well as drawing on Pullinger’s success, the exhibition shares stories of ‘anonymous’ female engineers, attributing names to those who took up training positions with the Galloway Engineering Company at Tongland, near Kirkcubright.

The exhibition is the culmination of an interdisciplinary research project carried out by a team of UWS researchers, led by Professor Katarzyna Kosmala from the University’s School of Business and Creative Industries.

Earlier this year, the University hosted an event celebrating Pullinger’s work as a woman in STEM (science, technology, engineering and mathematics) at the Paisley campus, a mile away from where she worked as an apprentice in 1909. In the coming months, the University will unveil a plaque commemorating her achievements and her Scottish connection.

Professor Kosmala said: “During the centenary of the Women’s Engineering Society, and 100 years since the barrier in principle was removed to entry for women to the professions, we are able to use this exhibition to engage with women in engineering of the past, present, and future."

"We are delighted to collaborate with Dumfries Museum on this exhibition, which brings Pullinger’s story back to local communities.”

Dumfries Museum has a programme of events to tie in with the exhibition, including a series of family-friendly drop-in sessions where visitors can make a pop-up Galloway motor car picture and design a car for the future.

The exhibition is supported by the Royal Academy of Engineering’s Ingenious Award, UWS’ Vice Principal’s Research Fund, and Renfrewshire Council.

Find out more about the exhibition, and museum opening times, at www.dgculture.co.uk