Get the inside track by studying sport at UWS

By learning from sports stars who know their discipline inside out, students are taught career-focused programmes by the very best.

Hayley says: “Having that real-world insight allows me to bring my own experience into my teaching practice. It helps bring theory alive for students in the classroom as I have the perspective as an athlete, researcher and practitioner.

“Mark McKenna’s on-site input to the Scottish netball team at the 2018 Commonwealth Games was invaluable to the team and their coaches. He provided real-time, play-by-play video analysis and feedback during every match, showing where improvements could be made, and plays better executed.” 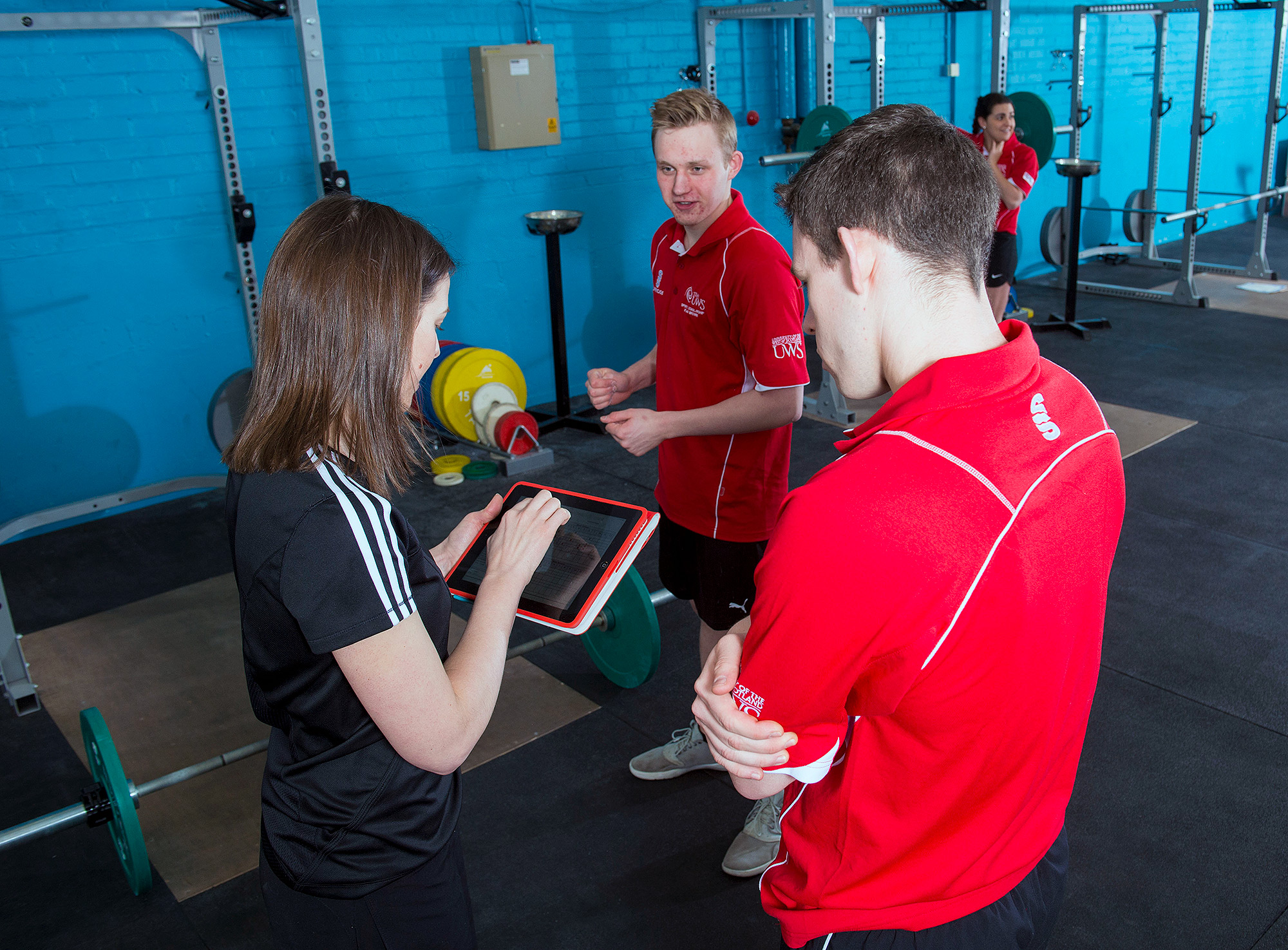 Having sporting and professional contacts on campus also pays off for students, who enjoy regular talks and masterclasses from a range of professional sports people and top team coaches.

UWS’ sport programmes integrate biological and behavioural approaches to enhance human health and performance. The programmes are developed with the professions and the University’s extensive links with professional bodies ensures a two-way information exchange with UWS sports academics and students taking their knowledge into top flight football clubs, athletics and other sporting organisations to help individuals and teams optimise training and performance, improve recovery times and increase their chances in competition.

Hayley says: “UWS can open doors for students to clubs and athletes. Often, they might go to a club on a placement, or to carry out a specific research project, and end up with a full-time position.

“Clubs, individuals and national sporting organisations are eager to access, participate in and apply the cutting-edge sports research being carried out by our staff and students.”

“UWS can open doors for students to clubs and athletes. Often, they might go to a club on a placement, or to carry out a specific research project, and end up with a full-time position".

The Sports Coaching & Development programme is taught at its Ayr Campus which features a multi-purpose sports hall designed specifically for use as a learning space. In addition, the Campus boasts a fitness suite which features a range of equipment to suit varied training needs.

With the UCAS deadline rapidly approaching on Tuesday 15th January 2019, for September 2019 entry, potential applicants are being encouraged to submit their application to study on one of the University’s undergraduate sports programmes.