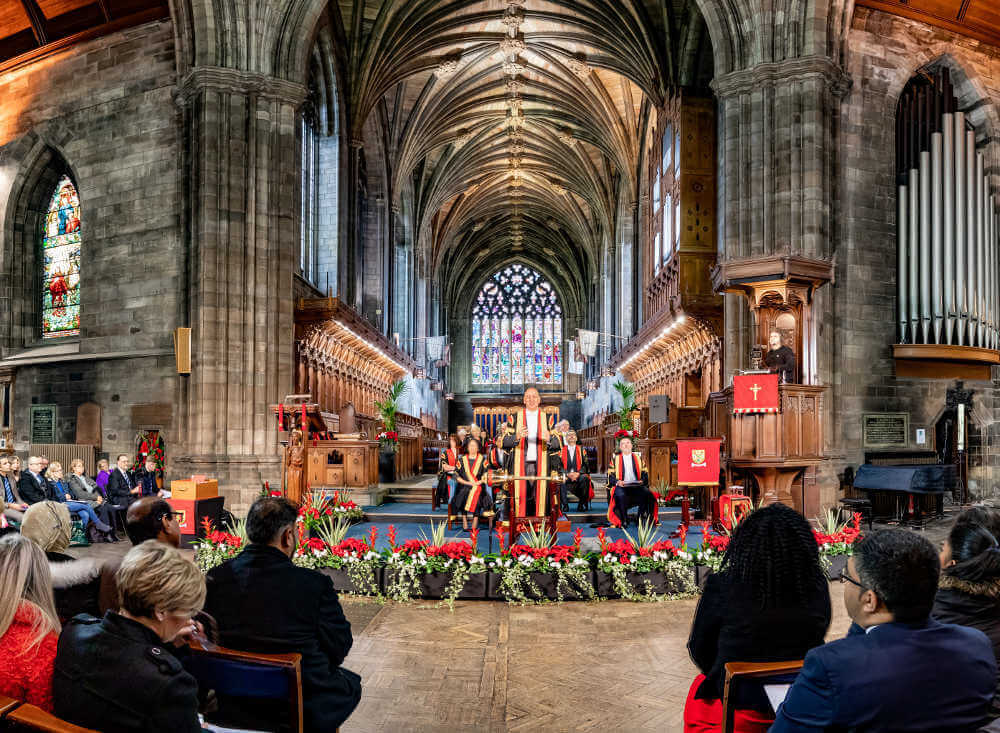 Three leading national figures will receive honorary degrees at University of the West of Scotland’s (UWS) summer graduations this week.

Interim Principal and Vice-Chancellor Dr Lucy Meredith said: “Each one of our honorary graduates is an inspiring role model for the entire UWS community and, indeed, beyond. They have all achieved outstanding levels of success in their chosen fields and we’re delighted to celebrate their accomplishments alongside those of our fantastic graduates.”

Scottish Capital founder John McGlynn is a serial entrepreneur, who started his first business at the age of 21. Since then, he has set up more than 80 new ventures.

John said: “I am both humbled and delighted to receive an Honorary Doctorate from the University of the West of Scotland. It is nothing short of a privilege to be part of this incredible milestone in the lives of so many students.”

Dr Waiyin Hatton is passionate about unleashing talents in people. She established Wai Beyond to inspire and nurture greatness in individuals and organisations following an impactful career in the healthcare sector. Previously, she was Chief Executive of NHS Ayrshire and Arran. She is chair of West College Scotland, the Colleges Scotland Board and the charity Action Against Stalking, championing the voice of people affected by the crime.

A former karate international medallist, Dr Hatton founded Ayrshire Sportsability in 2000, to provide sporting opportunities for people with disabilities. In recent years, she was Chair of UWS’s Court, a role she held from 2016 until 2020.

Dr Hatton said: “It is surreal to be awarded the Honorary Doctorate from the University of the West of Scotland, alongside graduates who have spent years of blood, sweat and tears working for their degrees. I feel immeasurably privileged in becoming a UWS alumni”.

In a career focussing on children and young people, Sally Kuenssberg worked in the Scottish juvenile justice system for 20 years, training members of the Children’s Panel before serving as the first chair of the Scottish Children’s Reporter Administration. She also chaired the Yorkhill NHS Trust and served on the Greater Glasgow and Clyde Health Board.

Among many voluntary activities, Sally has been a Trustee of Save the Children and a governor of several schools. She was awarded a CBE in 2006 for services to child welfare and justice.

She said: “I am incredibly proud to have been made an honorary graduate of University of the West of Scotland. Graduation is a time of celebration, and I look forward to being part of what will be a special day for the class of 2022.”