Paralympian Aileen Neilson has received an Honorary Doctorate from UWS at its graduation ceremony on Tuesday 26 June 2018 at the Town House, Hamilton.

Aileen is a three time Paralympian leading team GB to a bronze medal in curling at the Paralympic Games in Sochi, and was also ‘skip’ of the curling team at the recent Games in Pyeongchang.

I hope through my teaching and curling I’ve been able to help and inspire others to be the best they can be and 'Wish it, dream it, do it.' 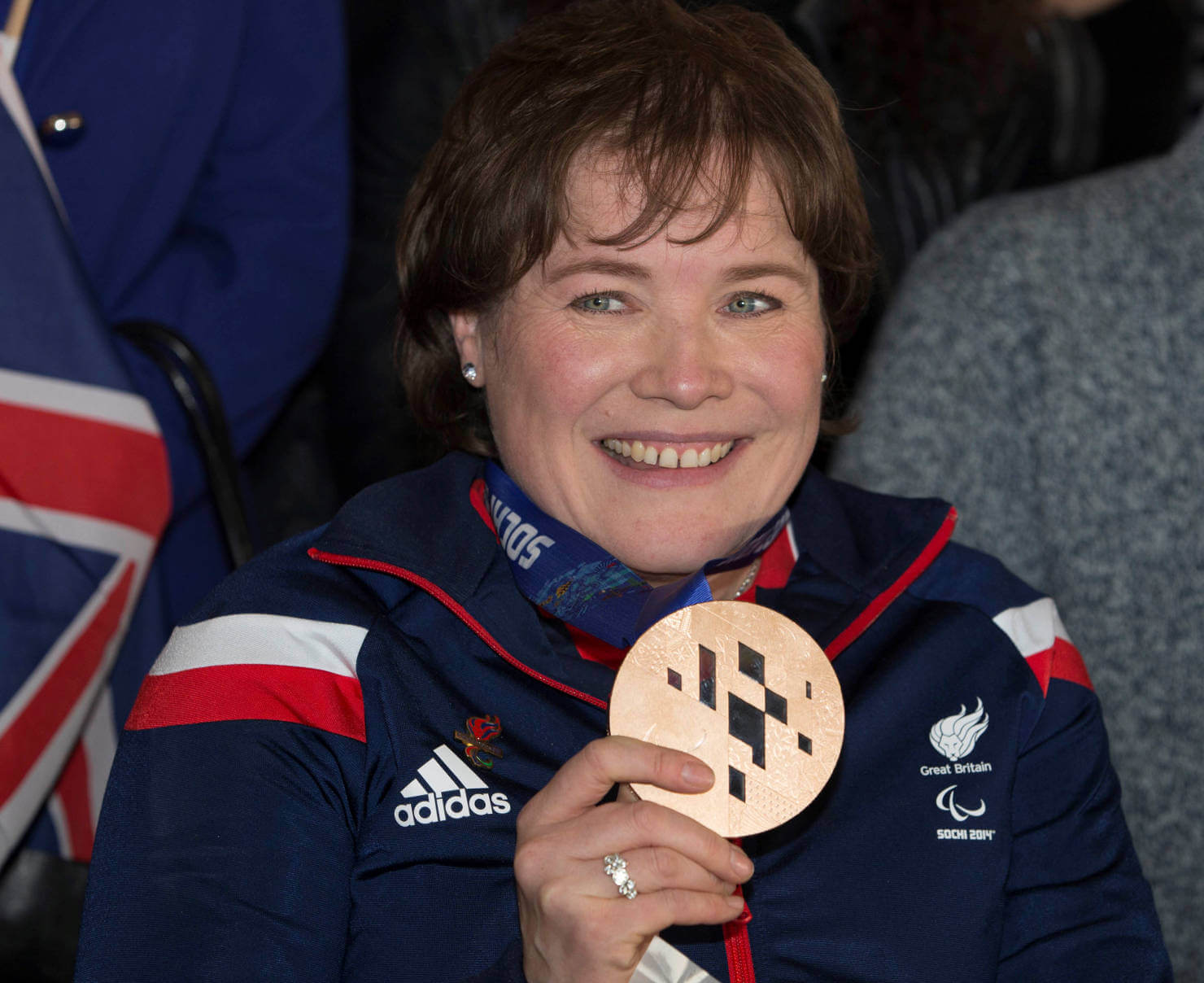 The Strathaven-born primary school teacher, graduated from the former Craigie College (now University of the West of Scotland) with a Bachelor of Education (Hons) in 1993.

World Championship and Paralympic wheelchair curler Aileen started curling when she was fifteen. However, treatment for a spinal cord tumour when she was two had left Aileen facing the challenge of declining mobility and she was unable to continue playing.

On taking her school class to the local ice rink in the late 2004, she tried wheelchair curling and she was delighted to be back on the ice. She joined a curling club and through hard work and determination was selected to play for Scotland in 2007 and has been a member of the Scotland/GB Squad ever since.

Aileen became the first female skip at a World Championships and Winter Paralympics. As well as skipping the team to a silver medal in 2011, she received the Sportsmanship Award – nominated by her fellow curlers, but the highlight of her career was leading the GB Team to a Bronze medal at the Sochi Paralympic Games in 2014.

Aileen has been a full-time curler for seven years in the lead up to Sochi Paralympics, having taken a career break from her primary school teaching job at Bent Primary, Boghead, Lesmahagow.

A multiple world Championship medallist, Aileen has represented Great Britain in two sports. Firstly in 2004 she competed for GB in carriage driving at the World Carriage Driving Championships for Drivers with Disabilities, before competing in wheelchair curling which is now her full-time focus.

Aileen, who became reliant on crutches at 18 and ultimately became dependant on using a wheelchair ten years later, has raised the profile of Paralympic athletes and wheelchair curling and encourages others to follow in her footsteps. She is a role model inspiring people to take up sport despite age or physical disability.

It is a real privilege and honour to receive this Honorary Doctorate. I graduated in 1993 and was following my dream of teaching youngsters. I have been so lucky to have firstly had my teaching career which I thoroughly enjoyed for 17 years and am now continuing on my sporting journey. Neither would have been possible without the support of so many people – from lecturers at Craigie College during my teacher training to the staff of various sporting organisations and all my family and friends.

Having overcome personal adversity from a young age, Aileen is a true inspiration to us all and I am absolutely thrilled that we will be awarding her with an Honorary Doctorate. We are hugely proud to be able to call her one of our alumni - she is a fantastic role model for all our students and staff, inspiring people to believe that they can take up, and achieve in sport despite age or physical disability.