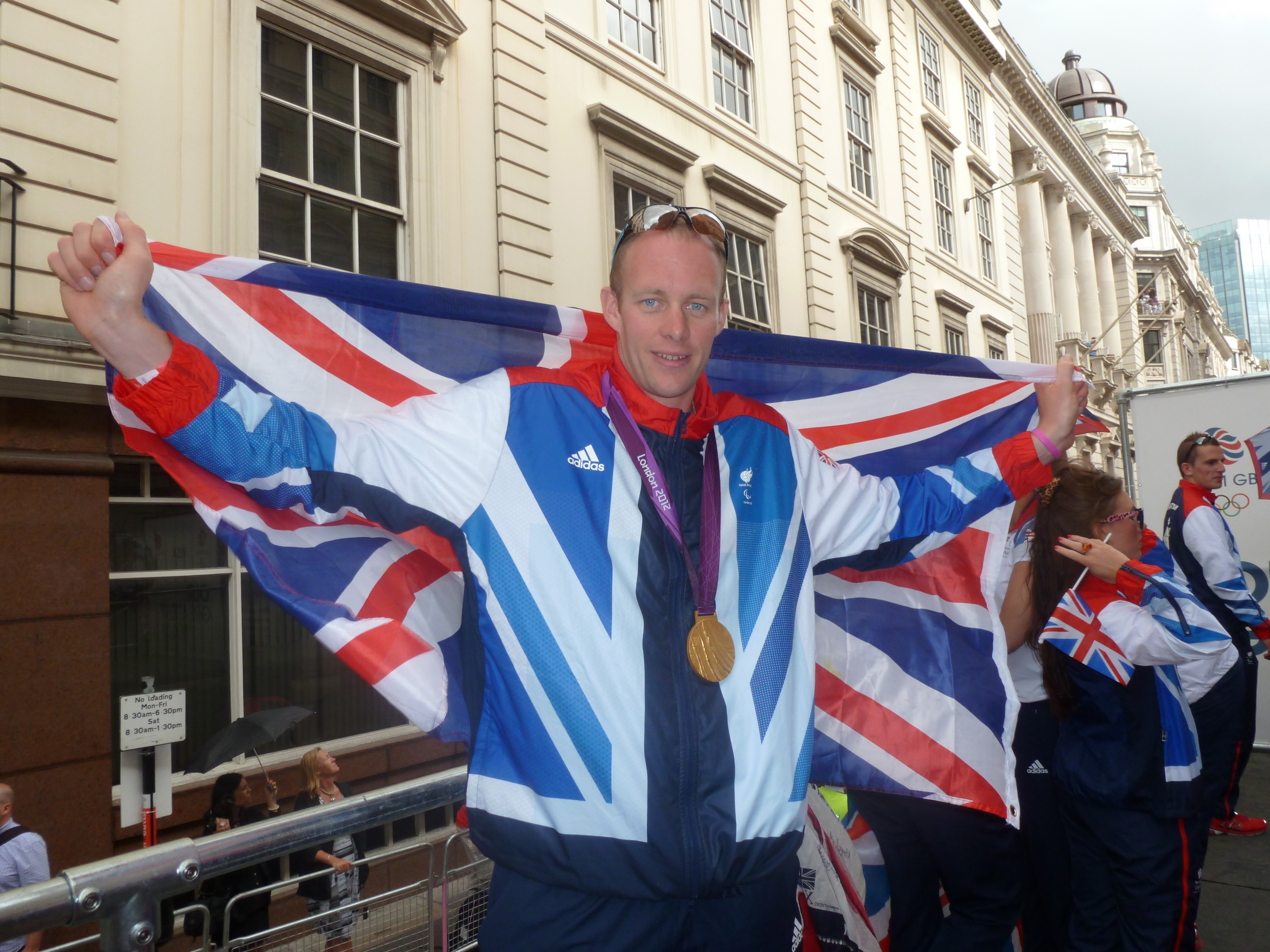 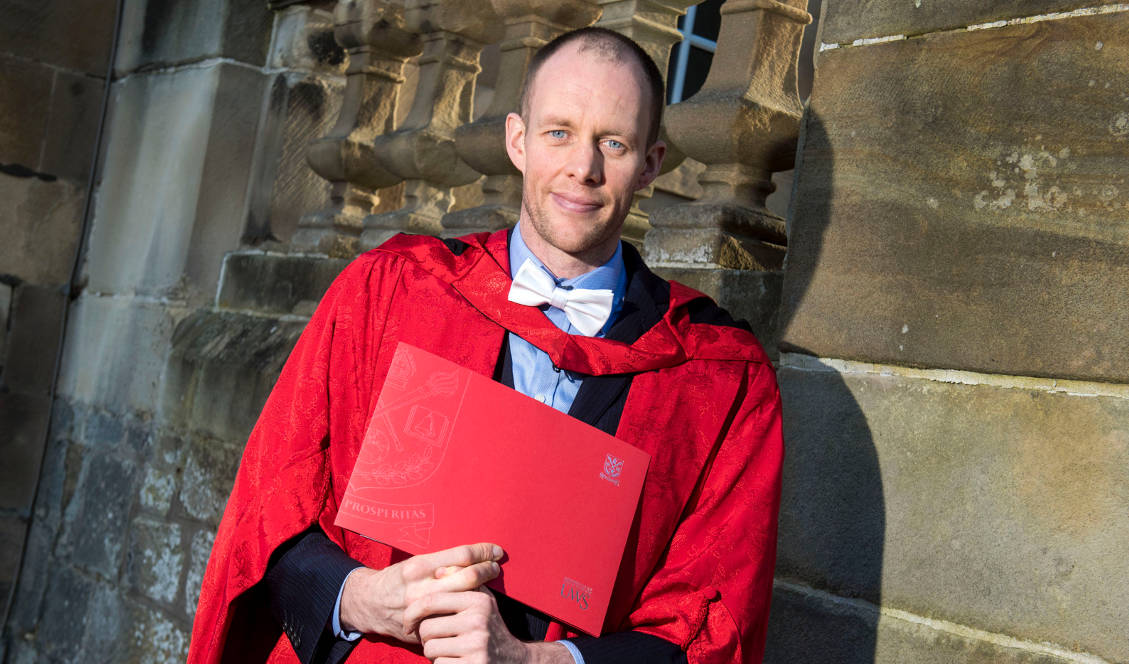 I hope my story inspires them on their own journeys through life and reminds them of the importance to always live with a passion and a purpose.

Paralympic champion, David Smith MBE received an Honorary Doctorate from University of the West of Scotland (UWS) at its graduation ceremony on Thursday 9 November 2017 at the Town House, Hamilton.

Having been born with club feet, the wearing of special plaster cast boots left his right foot damaged and fused. However David did not let this get in the way of his unrelenting pursuit of sporting success. Growing up in Aviemore he played shinty and took up karate, making the British team at the age of 15. He also competed in skiing and athletics at a regional level.

David was a bobsleigh brakeman and his team narrowly missed out on a place at the 2006 Winter Olympics. Following this David learned that he had qualified for Paralympic sport and five months after climbing into a boat for the first time, he was part of a team that won a gold medal at the 2009 World Rowing Championships in Slovenia.

In 2010 he underwent emergency surgery after doctors found a tumour inside his spinal cord. He battled against all of the odds not only to recover from this illness but to compete at the 2012 Paralympics in London. The Games saw David as part of a mixed coxed four winning gold a feat he repeated at the Munich World Cup event in 2012.

He was appointed Member of the Order of the British Empire (MBE) in the 2013 New Year Honours for services to rowing.

Despite his success at the 2012 Paralympics David wanted a fresh challenge and switched from rowing to cycling and made rapid progress, winning a spot in the British development team. He made the podium in a number of able-bodied time trials. A spot at the 2016 Paralympics was beckoning when his tumour returned in 2014. He continued to compete following treatment but in January 2016 he required another operation which put his dream of competing at a second Paralympics on hold.

Commenting on his Honorary Doctorate David said: “It is an honour to be recognised by University of the West of Scotland and to share with the students of the graduating class their special day."

Professor Craig Mahoney, Principal & Vice-Chancellor of University of the West of Scotland, said: “David is a true inspiration to us all and I am absolutely delighted that we are able to recognise his achievements in this way. His is a humbling story that shows a real determination, passion and talent for a range of sports. We are honoured to be able to make this award.” Professor Mahoney continued:

David is an excellent example of the strength of the human spirit and what can be achieved in the face of real adversity.

For further information on David Smith visit his website: https://davidsmithathlete.com/