The skills required to organise and manage the world’s biggest annual arts event were revealed as part of University of the West of Scotland’s (UWS) latest Inspiring Women Lecture Series, which took place at the University’s new Lanarkshire campus on Monday 26th November.

Shona McCarthy, CEO of the Edinburgh International Fringe Festival, spoke to an audience of more than 100 students, staff and members of the public about what it takes to lead the world-renowned programme of events, whilst giving an insight into her path to leadership and the challenges she faced along the way. 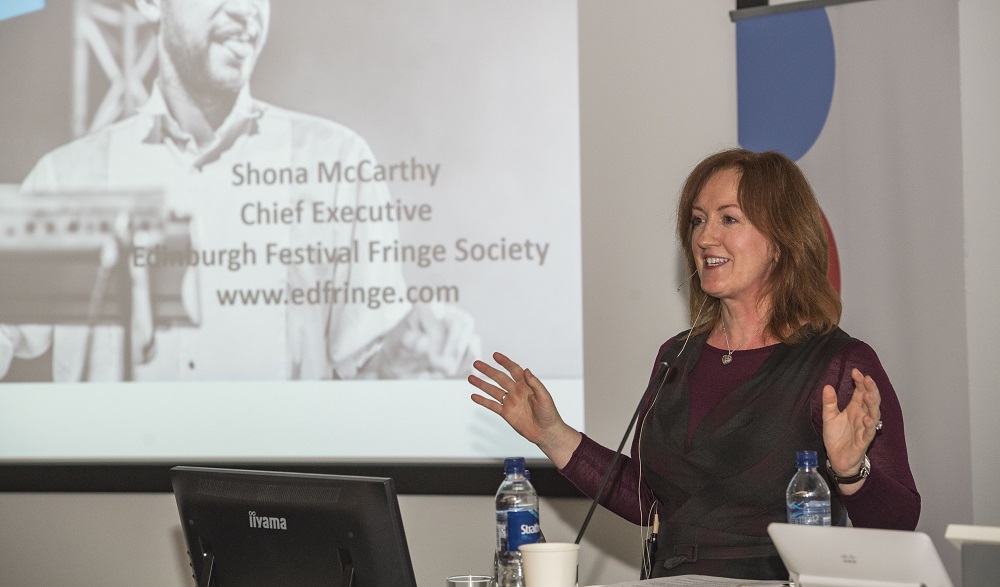 Welcoming Shona to the Lanarkshire campus, students from the University’s BA (Hons) Performance course put on a theatrical display in The Street, whilst students from the UWS Events Management programme hoped to impress her by delivering elevator pitches on their recent project work.

The event was the latest in the University’s Inspiring Women Lecture Series, which was created to provide a platform to inspire attendees to be bold, ambitious and break boundaries after listening to an exciting mix of speakers with a broad range of backgrounds.

Every August, Edinburgh opens its doors across more than 300 venues, with over 3,500 shows and nearly 57,000 performances. Under Shona’s leadership, the Edinburgh International Fringe Festival saw a record-breaking 2.8 million tickets sold in 2018 and has gone on to garner international recognition as the biggest annual arts and culture event in the world.

Attendees to UWS’ Inspiring Women event, which was hosted in partnership with AKP Scotland, were also offered a tour of UWS’ new, £110 million Lanarkshire campus, which opened its doors to all students and staff in September this year. 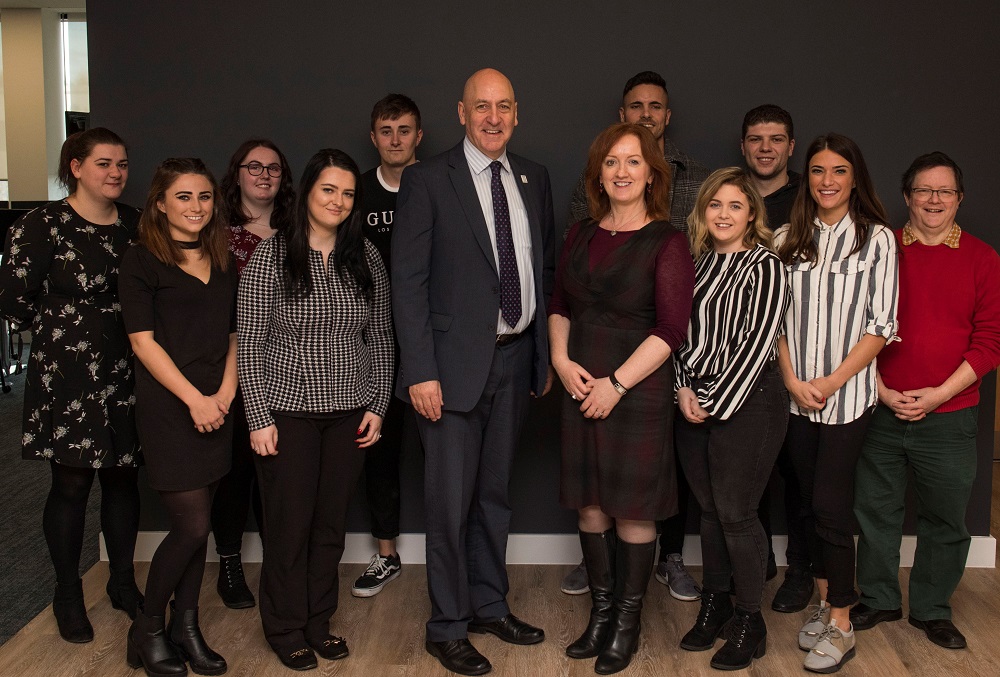 Professor Craig Mahoney, Principal & Vice-Chancellor of UWS, said: “We were honoured to welcome Shona to our new Lanarkshire campus as our latest Inspiring Women keynote speaker. The series was set up to inspire, educate and motivate attendees, giving them food for thought as they listen to the achievements of a host of different speakers who have risen to the top of their fields, of which Shona is a prime example.

“We learned more about Shona’s background and how she is passionate about bringing communities closer together through arts and culture, with the belief it has the power to bridge boundaries. With this in mind she has gone on to deliver the world-leading and record-breaking Edinburgh International Fringe Festival, and we hope her insights provided inspirational for those who attended to reach their own goals and aspirations.”

“We learned more about Shona’s background and how she is passionate about bringing communities closer together through arts and culture, with the belief it has the power to bridge boundaries".

Professor Craig Mahoney, Principal & Vice-Chancellor of UWS
Back
Share this