Scotland women get set for World Cup bid at UWS

The Scotland women’s national football team have been putting together the final preparations for one of the most important sporting events of their careers at University of the West of Scotland’s cutting-edge environmental chamber.

Ahead of the FIFA Women’s World Cup in France, the players tested their fitness levels inside the highest-specification environmental chamber in Scotland, preparing themselves to cope with the extreme heat and high humidity they’ll experience during the event.

On Tuesday 28 May, the team played their final game before they embark on their journey to France. The momentous match at Hampden was attended by a record 18,555 people, sending them off before the World Cup. The very next day, the team began their preparation at the UWS facility, located inside its £110 million state-of-the-art new Lanarkshire campus. 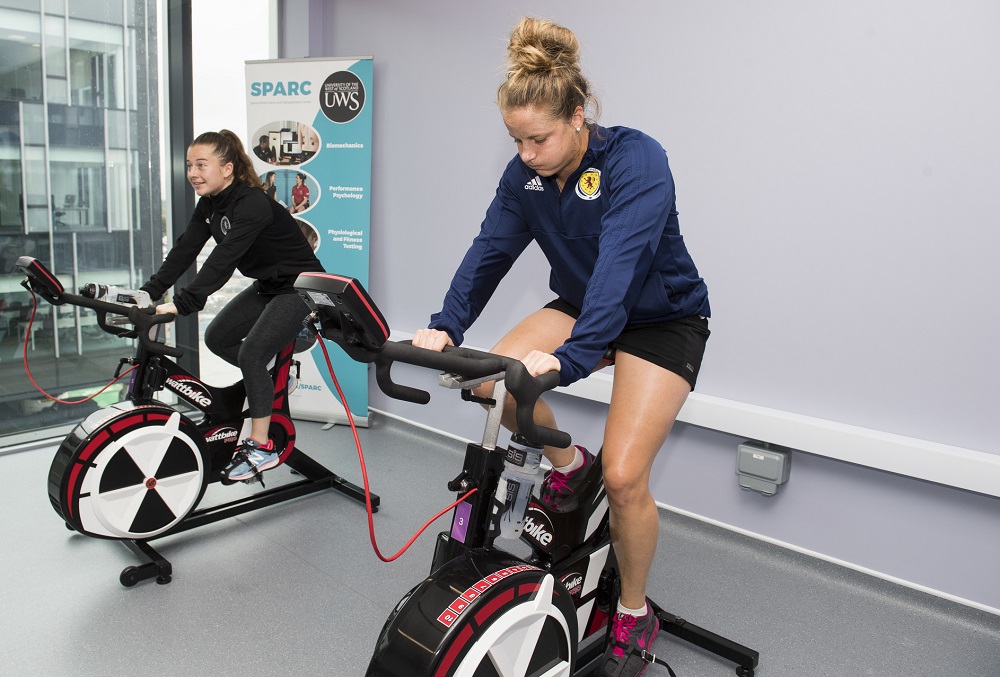 The players performed various exercises inside the chamber, which was set to mimic conditions greater than those the squad will experience in France – 35 degrees Celsius and 60 per cent relative humidity, to ensure they were acclimatised ahead of their games. Shelley Kerr, head coach of the Scotland women’s national football team, also joined the players in the chamber to help with the preparations.

The chamber, one of only two in Scotland and the only one in the West of Scotland, replicates environmental extremes, from walking in the desert to standing on one of the world’s highest mountains and can be used by athletes to improve physical performance in the run up to large sporting events, such as this one.

Since opening, the chamber has been used by quadruple amputee, Corinne Hutton, as she prepared for her charity climb of Mount Kilimanjaro, Professional Boxer, Hannah Rankin and Motherwell Football Club. 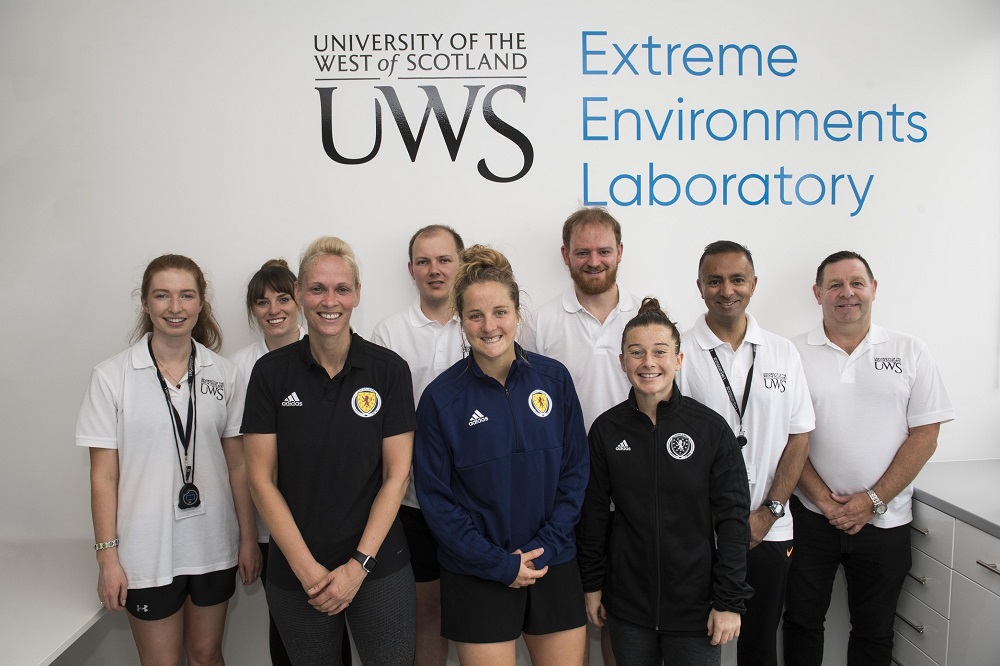 Shelley Kerr, head coach of the Scotland women’s national football team, said: “I think the facility at University of the West of Scotland is fantastic. It’s going to give the players exposure to the heat and humidity that they won’t experience here in Scotland and has been a huge part of the preparations. The small marginal gains at the highest level of football can make a massive difference.”

Christie Murray, Midfielder for the Scotland women’s national football team, said: “The national team were offered the opportunity to come in to use the facilities at University of the West of Scotland, which has been brilliant. It has helped us prepare ourselves as best as possible before we go out to the World Cup, as it’s obviously going to be pretty hot in France. We tried to recreate the same conditions at UWS before we went out so that we adapted. It has been great, the staff at UWS and everyone involved has been so helpful – for us it is a fantastic opportunity.” 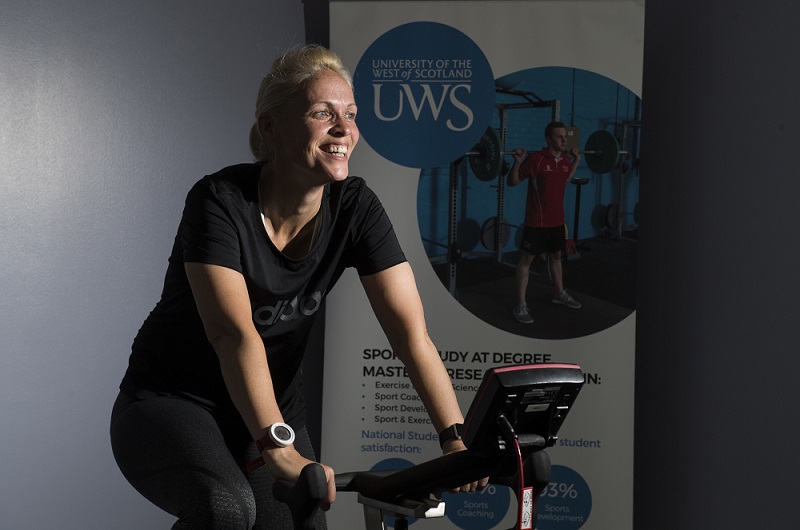 The chamber is an important asset for the University, enhancing students’ experiences and enabling UWS to forge research partnerships and collaborations within industry and academia. Businesses and the public are able to access the chamber and take part in altitude training sessions.

The chamber controls a number of variables to create extreme conditions, with temperature ranging from 10 to 40 degrees Celsius, altitude from zero to 5,000 metres above sea level, and humidity between 10 to 90 per cent. The design of the chamber was informed by Professor Chris Easton, environmental physiologist in the Sport Division in the School of Health and Life Sciences at UWS.

Professor Craig Mahoney, Principle & Vice-Chancellor of UWS, said: “We are absolutely delighted that the Scottish women’s national team chose to come to UWS to prepare ahead of the World Cup. It is a massive international event and will be the pinnacle of many of the players’ careers, and so for UWS to be involved in the preparation of the players is just wonderful.

"We hope their experience inside the environmental chamber will give them an advantage as they embark on their World Cup journey and myself and all at UWS are massively behind the team. We wish them the very best of luck at the Women’s World Cup 2019.”

Professor Vish Unnithan, who led the sessions, said: “It has been an extremely full-on, but exciting few days as the players put together the final preparations before flying to France - we were honoured to have had the opportunity to work with them. The team will gain benefits from using the environmental chamber when they take to the pitch. The staff at UWS have thoroughly enjoyed the experience and we hope to work with them again in the near future.”

The Scotland squad fly out on Wednesday 5 June to officially kick-start their World Cup journey, an event which is expected to lure one billion viewers worldwide.