Dr Campbell launched his first book, Popular Support for Democracy in Unified Germany, with a keynote speech at the Scottish Parliament in November.

The UWS Senior Lecturer in Politics presented the book’s key findings to the parliament’s cross-party group on Germany, which is convened by Colin Beattie MSP. 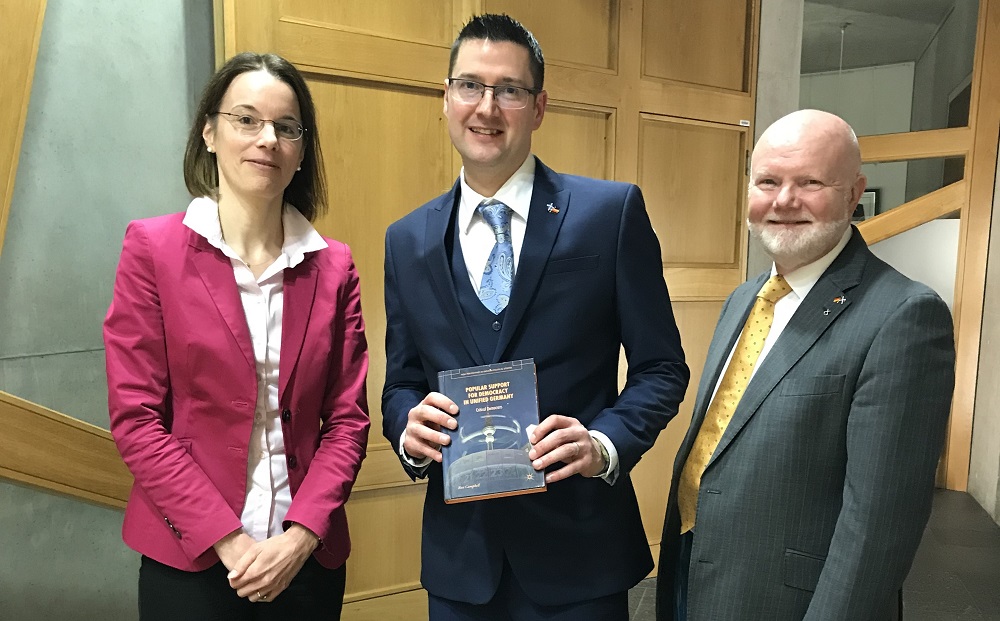 Drawing on extensive survey evidence, the book charts Germany’s changing views of the political system prior to and following unification. Dr Campbell’s research challenges suggestions of a crisis of democracy in Germany, and demonstrates low levels of support towards aspects of the European Union.

He said: “The launch of the book at the Scottish Parliament was a memorable experience, and it was fantastic to be able to engage with the cross-party group on Germany and further discuss some of the findings from my research."

“I would like to thank my colleagues at UWS for their support throughout the research and writing process, and I look forward to exploring the findings further with my classes in the year ahead.”

Dr Campbell is a part of UWS’s School of Education and Social Sciences. His research focuses on the politics of the Federal Republic of Germany, and he has published widely on attitudes towards democracy, electoral behaviour and political participation.