The initiative, which will give the University and its PhD students the opportunity to collaborate with NASA and other American academic institutions, aims to apply research to tackle challenges we face both on Earth and in space.

The announcement came during a launch event at the University’s Paisley campus, at which, Michael Foale, the most experienced British-born astronaut in the history of human spaceflight, spoke to an audience of students, senior Scottish academia and industry, about his experience in orbit.

Through the partnership, leading UWS academics will have the opportunity to exploit their knowledge in areas such as gas sensing technologies for growing healthy plants on the ISS, the effects of growth hormone administration on muscle mass and cognitive function, and the changes in material decomposition in space, among others.

In addition to the launch of the initiative, the University has also announced the creation of three fully-funded PhD scholarships as part of the partnership, available to students in the UK, EU and world-wide, giving them the chance to be part of a unique, experimental research programme in Scotland. 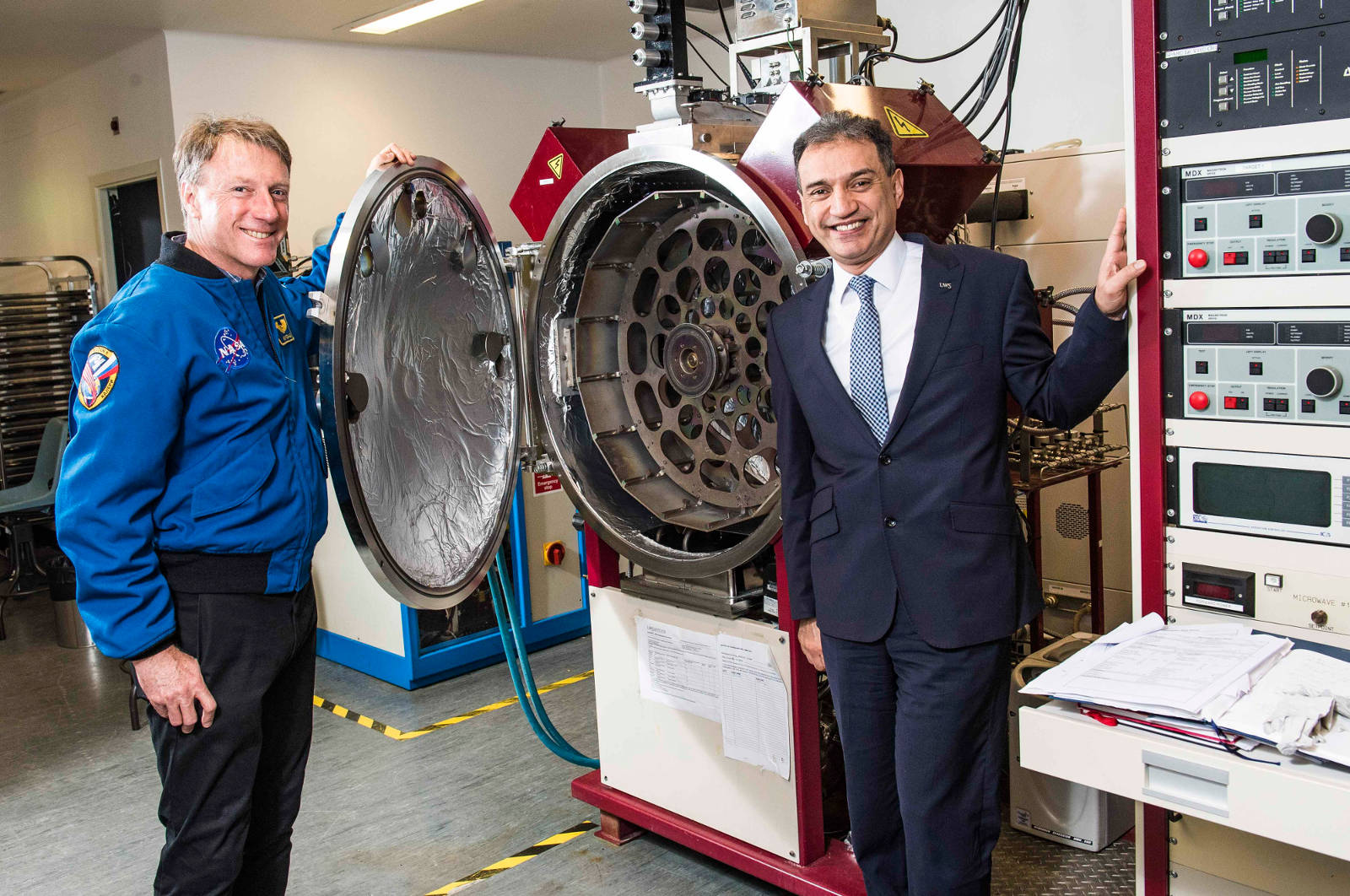 The University is immensely proud to be part of such an important initiative, which puts Scotland firmly on the map for this type of exploratory study".

"Our new partnership with ISSET represents a key step forward in realising UWS’ strategic vision to link its multi-disciplinary expertise to projects in space.

"Through collaboration with ISSET, NASA, and a number of important American academic institutions, our PhD students have the opportunity to explore the unknown opportunities that space, and the ISS itself presents.

"The partnership will undoubtedly bring many benefits to the academics and their research, and will go a long way in building our knowledge of what’s achievable both in space and on Earth. We wish every success to the PhD students taking part in it".

Over the next few years, ISSET, UWS, and myself will mentor those students, helping them get the most out of this fantastic opportunity to put their experiments into space, furthering Scotland’s position within space research".

"After leaving NASA in 2013 following flying in space six times, I enjoy talking about it, reliving my excitement about it, and encouraging young people to get into science, technology, engineering and maths subjects.

"Now, we’re working with UWS on a programme of different experiments that will fly on the International Space Station. My role will be to talk to them about the space environment, both inside and outside the ISS, so they understand the conditions when conducting their research".

Creating a bridge from science on Earth to the ISS is achieved by so few people, and now it’s going to happen for the PhD students at UWS. It will make a massive difference to their future careers and to furthering our knowledge of science in space".

"The opportunity to send research into space is so unique and fantastic for anybody who manages to achieve it. There’s one International Space Station working on behalf of the entire planet Earth, yet there are thousands of laboratories on Earth carrying out science".

UWS’s institute of thin films, sensors and imaging is bringing sensor technology to this project to look at optimising plant growth in a space environment".

"The project gives UWS the opportunity to work with prestigious organisations such as NASA and ISSET, and for the students, it’s allowing them to experience a real-world project, applying science they’ve learned at UWS to space".