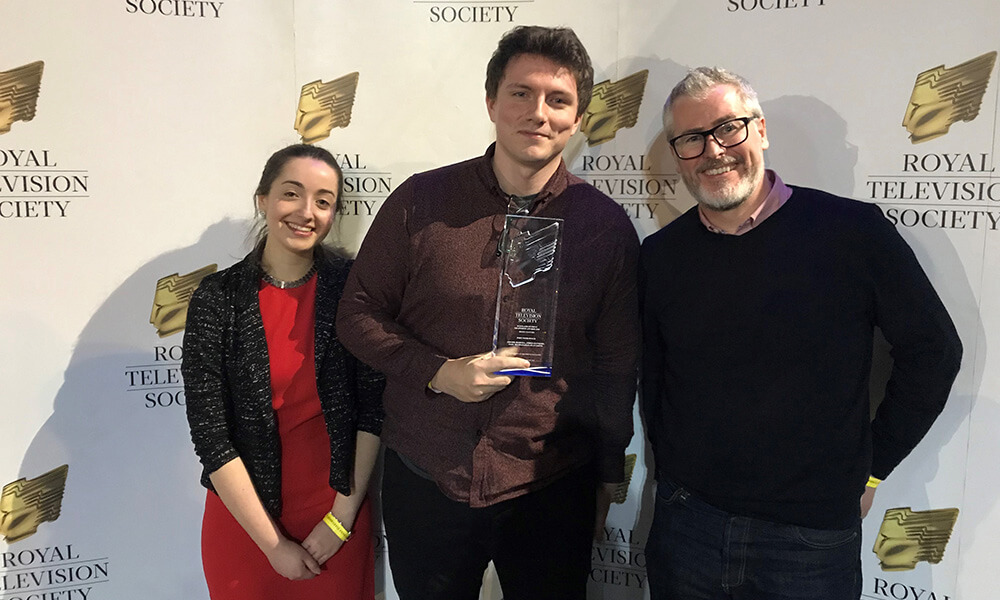 The panel of judges this year was chaired by James Wilson and included distinguished industry professionals including executives from the BBC and STV.

“We are absolutely delighted that our students won these two prestigious awards, which is recognition of their excellent work and bodes well for their future careers in the industry.”