The awards, which are run by Interface and were held at the Royal Bank of Scotland Conference Centre, Edinburgh on 22 February, celebrate and reward impacts achieved through collaborative business and academic partnerships.

The University received this award for the project AALART – Low-pixel Automatic Target Detection and Recognition, it undertook with multinational electrical systems group, Thales UK and CENSIS. This collaboration saw the development of unique technology, enabling automatic detection of humans and vehicles from up to 1500m using thermal imaging.

The AALART collaborative project has many possible applications including robots with better eyesight and drones to spot defects in buildings before they collapse. The study is based around the concept of “deep learning” which mimics the way human brains behave to create an artificial intelligence that learns on the job.

“We are delighted that our project with Thales UK and CENSIS has received a Special Commendation award at the Scottish Knowledge Exchange Awards. These Awards play an important role in recognising innovative and impactful knowledge exchange between universities and business.” 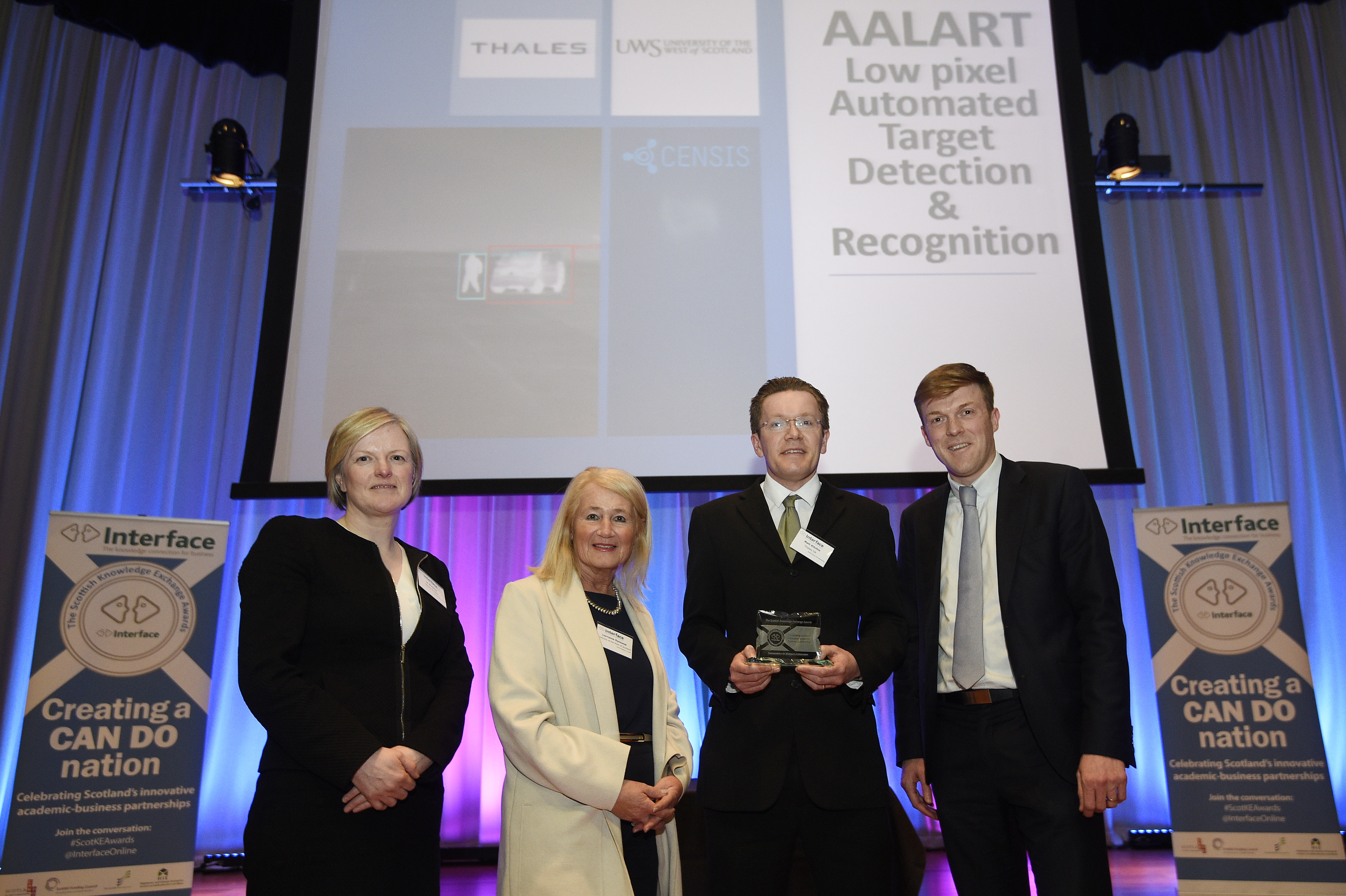