Eric, 23, who studied at the University’s Hamilton Campus and lived in West Lothian before moving to Canada, took up the post of Head Coach of the Northwest Academy Centres for the Vancouver Whitecaps FC in June last year.

The Vancouver Whitecaps FC’s soccer academy expanded to the Northwest just last spring, opening an academy in Terrace and Prince Rupert for soccer players ages 8-18. Prior to being appointed Head Coach Eric worked in Whitecaps’ Okanagan Prospects Academy in Kelowna.

Before moving to Canada in 2017, Eric volunteered as a coach at the Scottish Football Association and whilst at UWS, as part of his fourth year dissertation, worked as a football analyst for Motherwell FC’s U17 academy team. 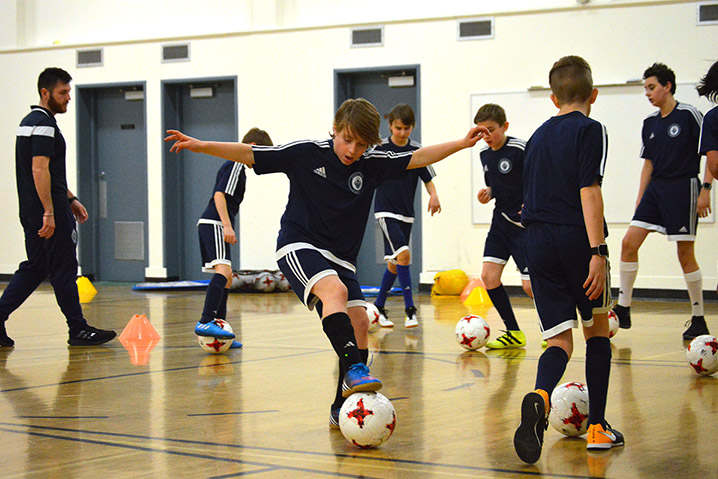 Eric, who graduated UWS in 2016, added: “My work experience and dissertation whilst at UWS allowed me to prepare and understand the current role I am in. For instance, I was lucky as I did a work placement that had both on-field and office-based experience which later lead to a part time job that I could use to gain further experience. For work placement as part of my degree I was a football analyst for an academy for half a year.

“Being out in work placement and doing my own research in a professional environment during my dissertation were extremely useful as this is where I got the bulk of my experience from and even later on a part-time job with the local football development department. I feel that the modules Coaching Science, Coaching Practice & Policy and Dissertation were very influential as now many of the issues and skills I learnt in those modules come up during my day-to-day work life.

“In the future I want to keep working on my coach education and get onto my A licence in the next few years. Currently I am just looking at doing the best job I can in my current position so I can move up and work in bigger areas in higher performing leagues. Into the future I think that working with a university team in North America would be something great to achieve.”