A member of UWS’ catering team will swap the kitchen for the football field and TV screens – as he lines up for BSC Glasgow in the Scottish Cup this weekend.

The University’s Thomas Collins will turn out for the part-time team, who play in the Lowland League, against Scottish Premiership side Hibernian in the fifth round of the competition. BSC Glasgow are enjoying their best-ever run in the competition, and will face 2016 cup winners Hibs at Alloa’s Recreation Park on Sunday, hoping to secure a place in the last eight. 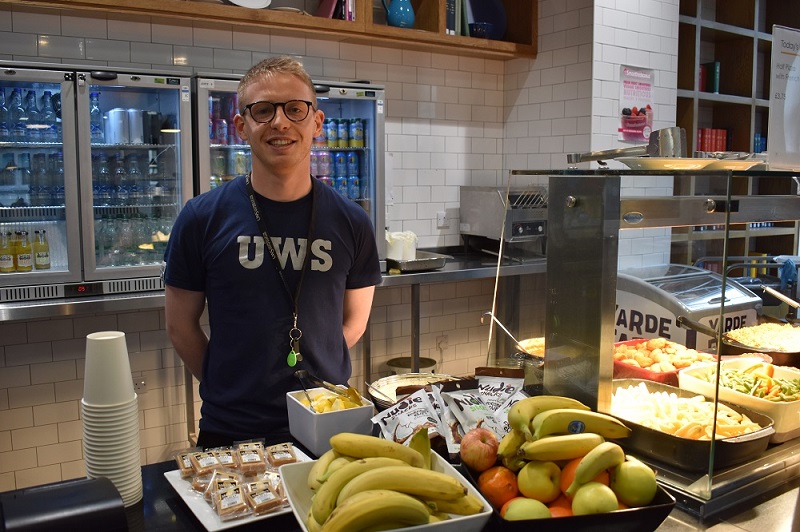 During BSC Glasgow’s cup run, Thomas scored in the dramatic 4-3 upset win away to League One promotion challengers, East Fife, and grabbed the opening goal in the 3-1 win over fellow Lowland League club, East Kilbride, which set up Sunday’s tie.

Thomas said: “We’ve had a great cup run. It’s the biggest game of the season for us and we’re really looking forward to it.

“If we can get to the last eight, it’ll be a great achievement – we’d be the first non-league team to do it in a long time.”

The match is live on BBC One Scotland from 12 noon – watch it here.