A multi-professional educational initiative from University of the West of Scotland (UWS) has today been named as one of the UK’s 100 best breakthroughs for its significant impact on people’s everyday lives.

The Dementia Champions programme, which is funded by The Scottish Government and delivered by UWS in partnership with Alzheimer Scotland, has been honoured in the UK’s Best Breakthroughs list for its pioneering work in teaching qualified health and social care professionals to become change agents in dementia care.

A Dementia Champion is a health and social care professional that has completed an intensive eight-month, UWS-led programme which teaches participants to see, hear and feel the experiences of people living with dementia through working closely with them, their carers and their families. It enables the professionals to take the practical knowledge they have learned and share it to make a real difference in their everyday work, whether that is in hospital wards or in community care settings. 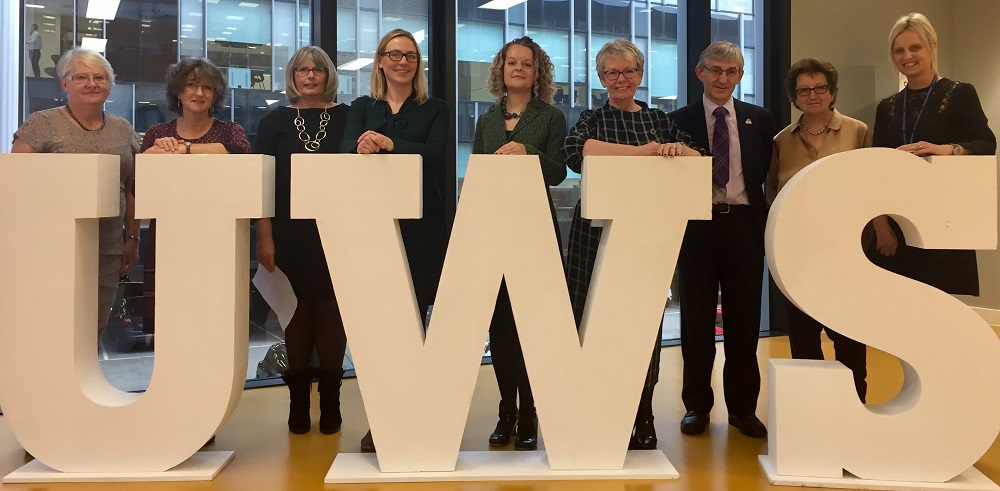 The programme, which is unique to UWS and informed by ground-breaking research undertaken by the University, has had a transformational impact on the knowledge and skills of the participants.

A recent Mental Health Welfare Commission for Scotland report praised the initiative, citing the impact the Dementia Champions had on hospital wards. It said that there were “clear benefits where staff who have trained as Dementia Champions are providing advice and support to other staff and to carers, developing good practice, and improving access to a range of resources for patients and carers.”

Professor Debbie Tolson, Alzheimer Scotland Professor of Dementia and Director of the Alzheimer Scotland for Policy and Practice at UWS, said: “I speak on behalf of everyone involved in the Dementia Champions programme when I say that we’re absolutely delighted that our work to improve dementia care has been recognised as one of the UK’s 100 Best Breakthroughs as part of Universities UK’s MadeAtUni campaign."

"The academics, practitioners, students and our dementia research which informs this initiative, all share a common goal to improve the care and experience of those living with dementia, and for their hard work and impactful scholarship to be celebrated in this way is thoroughly well-deserved."

Henry Simmons, Chief Executive, Alzheimer Scotland said: “Alzheimer Scotland has been extremely privileged and proud to work with the University of the West of Scotland and the Scottish Government to develop and deliver the Dementia Champions programme since its earliest days. The important work of the Dementia Champions developed initially in partnership as a local co-produced initiative in Dumfries and then commissioned as a national programme by NHS NES, has had a profound impact on standards of healthcare for people with dementia, in acute hospitals and many other settings and establishes the foundation for this to continue." 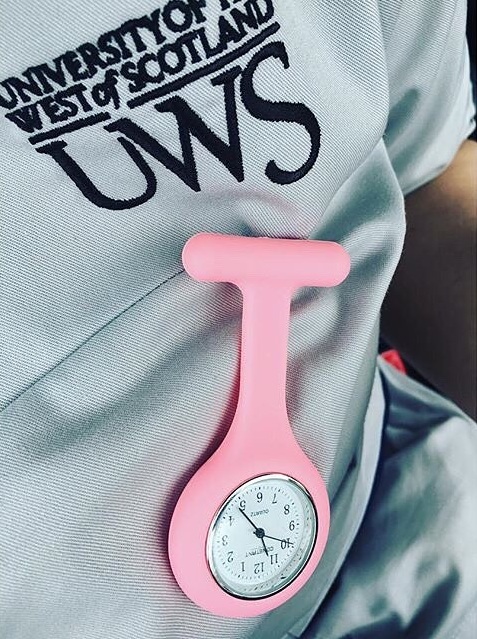 “I am delighted that this important programme has been acknowledged by the Universities UK’s MadeAtUni campaign as one of the UK’s 100 best breakthroughs for its significant impact on people’s everyday lives. Dementia Champions share with us a deep desire to ensure that the best possible quality of care and support is always delivered to everyone with a dementia diagnosis and their families. Our ongoing partnership with the University through the Alzheimer Scotland Centre for Policy and Practice continues to deliver significant successful outcomes such as this and demonstrates the value that can be created through strong innovative and values driven relationships.”

Professor Craig Mahoney, Principal & Vice-Chancellor of UWS, said: “It’s a fantastic achievement for the University to be featured in Universities UK’s Best Breakthrough list. We’re extremely proud of the work of the Dementia Champions, our colleagues and our partners who are involved in the programme. It’s clear to see the positive impact they are having, not just to those living with dementia, but to their carers, families and their local communities."

“Universities really can make a huge difference to people’s lives. We’re thrilled to have been chosen as one of the institutions to be part of this important campaign, which showcases to students, alumni, the local community and the wider population the transformative impact universities are having across the world.”

The list of breakthroughs demonstrates how UK universities are at the forefront of some of the world’s most important discoveries, innovations and social initiatives, including the creation of the internet, work tackling plastic pollution, ultrasound scans to check the health of unborn babies and the establishment of the Living Wage.

The list was compiled by Universities UK, the umbrella group for UK universities, as part of the MadeAtUni campaign to change public perceptions of universities and bring to life the difference they make to people, lives and communities across the UK.

You can find out more about the UK’s Best Breakthroughs and the MadeAtUni campaign here MadeAtUni.org.uk.