The Alzheimer Scotland Centre for Policy and Practice (ASCPP), which is based at University of the West of Scotland (UWS), is running a social media campaign in support of Scotland’s Dementia Awareness Week, which runs from Monday 4th to Sunday 10th June 2018.

#oneweething, which aims to build on the success of last year’s campaign, will raise awareness of, and highlight, good dementia practice care, in particular the important worked carried out by Dementia Champions.

The Alzheimer Scotland Centre for Policy and Practice leads the delivery of the Dementia Champions programme which forms a key part of the Scottish Government’s National Dementia Strategy. This important programme creates ‘Dementia Champions’ to improve the quality of care provided for people with dementia and caring families.

As part of this campaign UWS is urging health professionals and members of the public to tweet about how Dementia Champions have improved the lives, experience, care, treatment and outcomes for people with dementia, their families and carers.

Professor Debbie Tolson, Director of the Alzheimer Scotland Centre for Policy and Practice at UWS, said: “Throughout all our work with the Dementia Champions, we repeatedly hear ‘it’s just a wee thing.' or ‘it’s only a wee thing, but it helps'."

"Our campaign aims to raise awareness that you can make a big difference to individuals and families experience of dementia starting with one small change. When we add up all the wee things that make a difference we are using knowledge to improving lives.” 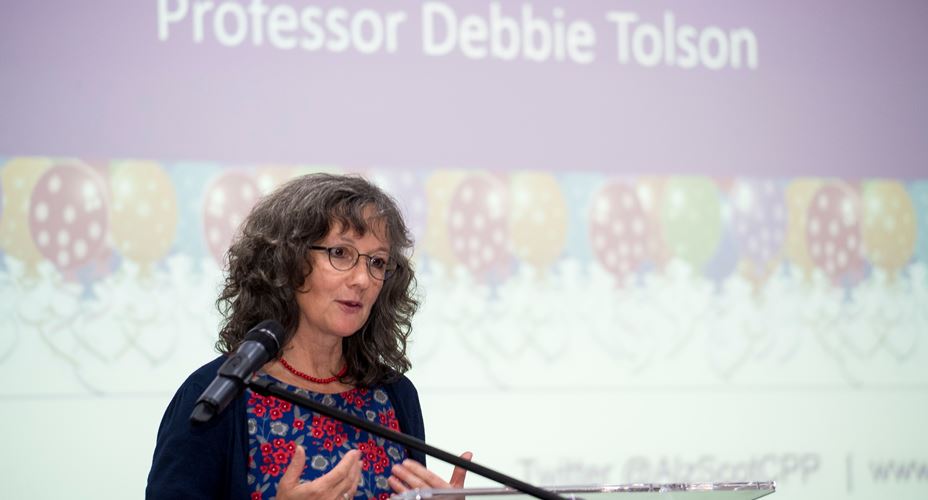