Students at University of the West of Scotland (UWS) recently benefited from a four day visit to footballing giants, FC Barcelona.

UWS enjoys close links with FC Barcelona and Professor Vish Unnithan of the School of Science and Sport established a Memorandum of Understanding (MoU) between the University and the club last year.

The eight BSc Sport Coaching and BSc Sport Development students visited Barcelona from 9th February to 13th February 2018. The trip saw the students get a chance to see behind the scenes at the club and undertake a tour of their training facilities as well as a presentation of the training methods employed by FC Barcelona given by Dr Antonio Gomes, FC Barcelona's first-team sports scientist. The students also had a Q&A session with Dr Gomez. They also met with Dr Franchek Drobnic, Sports Medicine Doctor at FC Barcelona, and had a tour around the extensive medical facilities at the club.

Barcelona, five time winners of the European Cup, is one of the world’s biggest and most prestigious football clubs. This visit, which thanks to Professor Unnithan’s relationship with FC Barcelona will be an annual event, gave the third and fourth year students an invaluable insight into the sports science and coaching philosophy of one of Europe’s biggest football clubs.

Professor Vish Unnithan, Professor of Paediatric Exercise Physiology, based in the University’s School of Science and Sport, works with the Sports Science and Medical Department of FC Barcelona and co-ordinated this visit.

Professor Unnithan said: "The students were a credit to themselves and UWS and got a real insight into the workings of one of the biggest clubs in world football.

“The knowledge that the students gained during their time at the club will be hugely beneficial to their future learning and gives them a real understanding of the practices used in professional sporting organisations.”

During the trip the students also got the opportunity to undertake a tour of the home of FC Barcelona, the Camp Nou as well as watch a home La Liga match. FC Barcelona is a multi-sport environment and the organisation owns multiple professional sports teams - basketball, handball, futsal and roller hockey – and the students were also able to see the FC Barcelona basketball team play against Bilbao.

Alex Miller, 22, who is a third year Sport Development student at UWS and lives in Cumbernauld, said: “The trip enabled me to see Barcelona not only as a football club but as a brand and how the club promotes itself, particularly with regard to the club’s inclusion of basketball, handball, futsal and hockey.

“The visit to the training facilities was an interesting experience and it was very good to see how the club’s first team operates in terms of training and the organisation of the overall running of the club.

“I would really recommend my course to any prospective students and I feel that experiences such as this are extremely helpful in gaining practical experience and knowledge.”

Commenting on the visit Tyron Ruano, 25, who is a third year Sports Coaching student and lives in Motherwell said: “This trip has been hugely beneficial to my learning. I have always wanted to coach within football and having this incredible experience has only motivated me more to achieve and work towards my dreams as a coach.

“The visit will not only enhance my CV but it also made me realise something I never knew about myself and that was I want to coach abroad. Understanding the FC Barcelona methodology for coaching and training, made me re-evaluate my entire understanding of how football is played and developed. This is something that will fuel my sessions to come from now on during my career path.”

Kristy McGunnigle, 19, who lives in Greenock and is in the third year of the University’s Sports Coaching course, said: “Going to Barcelona has allowed me to see how much activity goes on in the background of creating a successful football team. From viewing the training ground and speaking to Antonio Gomez it has opened my eyes about how developing great football players isn't always about skills on the park but creating better people off the park first. This has allowed me to change the way I think when I am coaching.

“This was a once in a life time opportunity! I learnt so much from the trip and met some fantastic people on the way. I can't thank Vish and UWS enough for the time and effort that was put into planning this trip that will stick with me forever.” 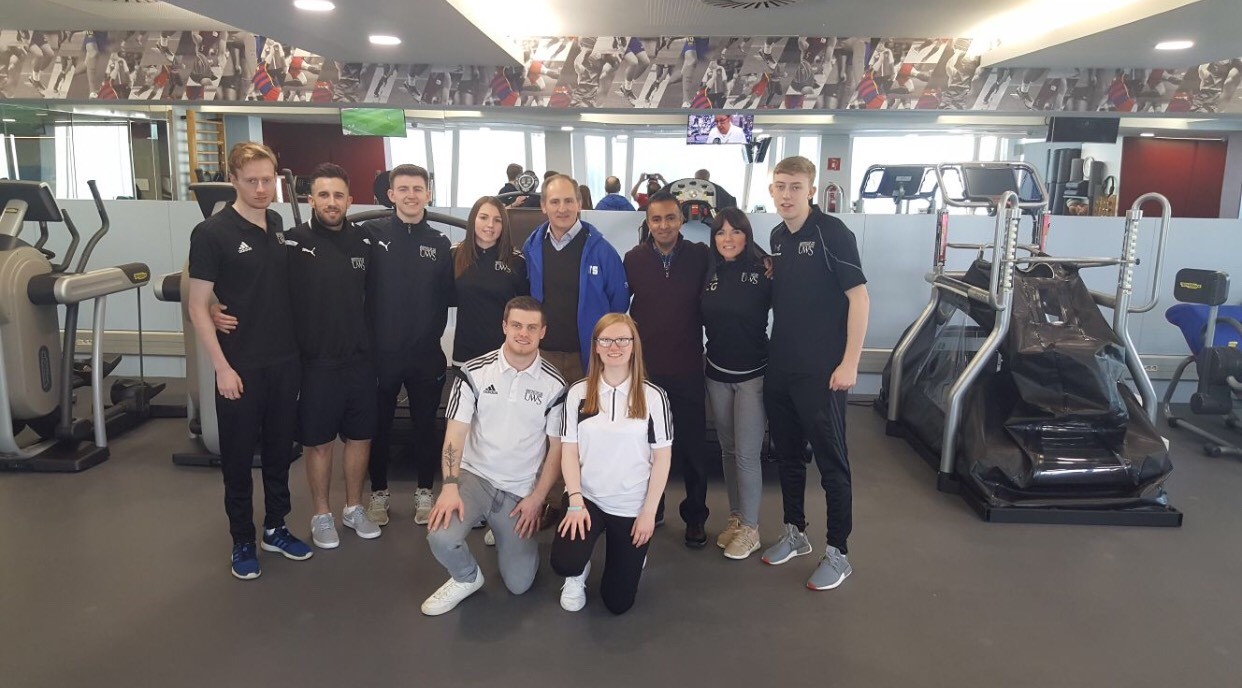