Widening participation to nursing and midwifery

A range of measures to encourage people from a diverse range of backgrounds into nursing and midwifery have been recommended, following the publication of a major review, which was chaired by Professor Paul Martin CBE, Depute Principal of UWS.

Since being formed in April, the commission has worked closely with nurses, students, and those within the sector, to identify best practice and current barriers to entering the professions, and to make recommendations to address these.

The report was launched on 7 December by the Chief Nursing Officer and Professor Martin at the Ayr Campus of University of the West of Scotland. They and members of the commission met with students who entered nursing programmes through a variety of routes.

These recommendations can help ensure we have the right number of people in education, completing their course, and enjoying a long and successful career.

Chief Nursing Officer Fiona McQueen said: “I want to thank Professor Martin for leading this work, underpinning our commitment to recruiting, retaining and developing a diverse workforce. These recommendations can help ensure we have the right number of people in education, completing their course, and enjoying a long and successful career – core to our ambitions for nursing and midwifery.

“The latest workforce statistics for NHS Scotland show we have a record number of staff – including nurses and midwives, who are at the heart of our health service. But we want to go further in promoting those careers across health and social care settings, and remove any barriers that might stand in the way.

“This report comes in the same week we saw the highest ever number of acceptances to nursing and midwifery courses at our universities. The actions set out will allow us to build on that, maximising the opportunities available and the people who can benefit from them.”

It is vital that as the demographics of Scotland changes we are positioned to respond with the right number of nurses and midwives, with the right skills, in the right place, doing the right things

Professor Martin said: “It was an honour to be asked to lead this important review. The Nursing and Midwifery professions remain at the heart of health and social care provision, championing the needs and rights of patients their families and communities. It is vital that as the demographics of Scotland changes we are positioned to respond with the right number of nurses and midwives, with the right skills, in the right place, doing the right things.

“The challenges and opportunities to encourage and support widening access to nursing and midwifery education could not be timelier. There are recognised pressures on flow into the health workforce. There are areas where nurses and midwives are difficult to recruit - not just by region but in clinical and service specialties and particularly in care homes. Add to that a change agenda in health and social care, the repositioning of acute care, and the age profile of the workforce it is clear there are pressures that need solutions now, and importantly, plans created and implemented for the future.

“This report seeks to surface and where possible address some of these concerns. The actions and recommendations outlined in the review will make a difference and encourage opportunity and flexibility, encouraging access to nursing and midwifery careers.” 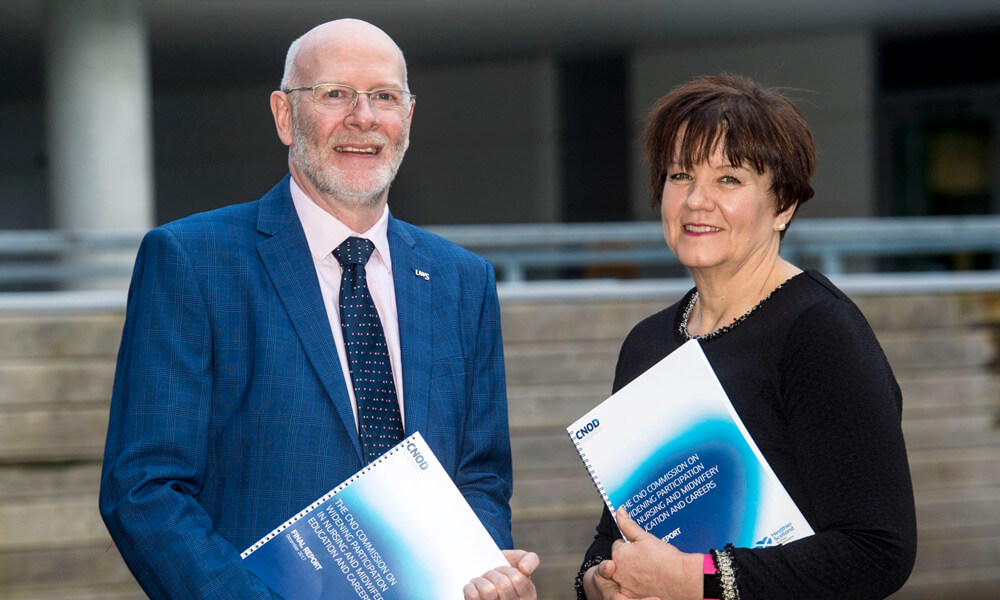